Gary Webb and the Fiscal Cliff: Part 2 The final cut 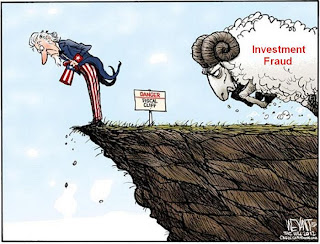 Although Gary Webb didn’t mention the fiscal cliff doom and gloom we are now hearing, the things he did bring to light very much effects the reality of the current cause of the financial cliff con that keeps sucking up tax dollars to pay for investment fraud. George Bush used the same con. He called it a global financial meltdown which his fraudulent spending helped create. That is the key thing to remember.

Banks don’t crash all by themselves. Someone has to commit fraud and steal from the bank before it crashes. We know from the closure of the VSE how corrupt those fake pump and dump stocks really were.

The Greek financial crisis is the prime example. Economists warn that what happened to Greece could very well happen to Canada and they are quite right. We could easily get conned just like they did. What caused the Greek financial crisis? What was public money became private money then disappeared. Madoffs were springing up like popcorn who stole the public money through investment fraud. That is what caused it. Just like the S&L crisis in the /80’s.

The mortgage crisis in the States was a little bit different but the root cause was obvious. In the /80’s Canada had a recession and mortgage rates skyrocketed. Mortgage rates went from 6% to 20%, a rate jump that was previously illegal. As a result monthly mortgage payments doubled and people couldn’t keep up and ended up losing their homes. This domino effect continued across the country.

The same thing happened in the recent US mortgage crisis. It wasn’t just a matter of banks handing out high risk loans. Mortgage rates skyrocketed and people couldn’t keep up with the increased payments. Homes were foreclosed left right and centre while cunning capitalists came in and cleaned house. There is nothing wrong with capitalism. There is something wrong with fraud. Canada didn’t see the same mortgage crisis they saw in the US this time simply because our mortgage rates didn’t skyrocket like theirs did. Controlling those mortgage rates helped prevent a national recession.

Capping mortgage rates is pretty simple. What we need to examine is the investment fraud that crashes banks and Wall Street. The kind of fraud that is causing the Irish to ask why they should be paying for that in Europe.

Al Martin pointed out that sometimes the victims were willing participants. They would knowingly invest in a dry oil well as a way of contributing to the cause so to speak. When the fake oil well went bankrupt they would be paid out half their investment and use the rest as a tax right off so they would come out whole, get a patriotic photo of George Bush and a pat on the back saying they contributed to the cause. Others weren’t so fortunate. They were ripped off and lost their shirt.

The double dip scam that Al Martin exposed and claimed Neil Bush instructed him to do was the practice of taking out a bank loan to invest in a dry oil well or fake pump and dump stock. After ripping off investors and taking their money when it came time to dump the pump and dump, they also defaulted on the bank loan and thereby double dipped on their little scam. Al Martin claimed that during the S&L crisis in the /80’s many of the defaulted loans that crashed the banks in Texas were loans the agency defaulted on as a way of fund raising. Those banks were bailed out and the agency walked away with a black ops budget from fraud. This has been confirmed by former Huston Post reporter Pete Brewton.

We have talked about how this did happen in Canada. How the CIA used Earl Brian to commit investment fraud in Canada to help raise money for the October surprise. The question we need to ask is how are we going to address the huge amount of investment fraud that the CIA is directly involved with to avoid this financial cliff con that Obama is talking about. To answer that question we have to remember who paid for Obama’s education.

Deregulating the banks and deregulating Wall Street opened the door for investment fraud. Consequently it isn’t surprising how this fraud has been tied to politicians of both political stripes in the Keating Five. This fraud in nonpartisan. To over come it we need to open our eyes and look beyond party politics. Business is good, fraud is not. Deregulating the banks and wall street so criminals can steal from them will not only see us over the financial cliff, it will rob us of our precious sovereignty. Buyer Beware.

Americans pledge allegiance to the flag and bind themselves by oath to preserve and protect the constitution from enemies both foreign and domestic. Turning a blind eye to the CIA’s drug trafficking and their investment fraud is a violation of that oath. It is not patriotism, it is treason. Whistleblowers are not domestic enemies of the constitution, they are patriots. Government drug traffickers and investment fraudsters are the domestic enemies of the constitution. Sluffing off this reality as a conspiracy theory isn’t just irresponsibility, it is culpability. In our case it is unnecessarily driving our nation over a financial cliff of fraud.

To this end let us remember the dirt king himself Robert Booth Nichols as portrayed in Guy Lawson’s new book Octopus. Not to be confused with the James Bond movie.