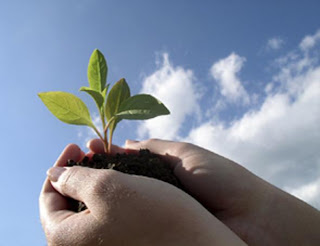 The Dali Lama is what we would describe as an enlightened sage that teaches about love, enlightenment and nonviolence. He has won the Nobel Peace prize for his non violent and peaceful campaign to free Tibet from Communist China’s rule. Nevertheless, all these Buddhist monks setting themselves on fire is anything but nonviolent. I find it very violent and concerning.

I realize they have a cause. I realize their campaign is to raise public awareness about Tibet’s right to self determination. I admit theirs is a good cause worth promoting. Yet surely there is a better way then teaching kids to set themselves on fire. That doesn’t respect life and is in opposition to the Buddhist belief of building good karma. It’s not that it’s a Christian belief that God thinks suicide is a sin. God has compassion and if someone gets discouraged and gives up on life God will have compassion on them. It’s a matter of respect for life.

In yesterday’s Province there was an article about another young monk who set themselves on fire in a protest. Communist China’s response was that the Dali Lama could stop these deaths if he simply asked them to stop doing it but he won’t. Sadly, they have a point. No doubt everyone else will rightfully argue that Communist China could stop all these deaths if they freed Tibet. Nevertheless, if the Dali Lama asked these young monks to stop setting themselves on fire, they would do so. To me that creates a profound conflict in a leader who is commissioned to teach about love, peace and nonviolence.

Last month a British monk died after setting himself on fire at a Buddhist monastery in France. Reports claim he “may” have been protesting against the Chinese occupation of Tibet. I’m sorry but that is crazy. It is not the sign of an enlightened mind who respects life. It is the sign of someone who has gone insane and has lost their respect for life.

Find another way to raise public awareness about the cause. Find a nonviolent method. Stand in public with a sign that says Free Tibet. If they arrest you and put you in prison for holding a sign then you are a martyr for the cause. If you set yourself on fire, you’re just a lunatic that wants to go back a few steps on the evolutionary scale and relearn what you should have already learned before you came here. Respect and common sense.