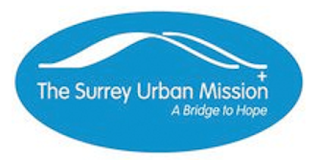 Talk about tearing down bridges. Once again the city of Surrey shows it’s true colours. After accepting a bribe from the dirty developers of the mega casino they are closing down the Surrey Urban Mission foodline and homeless shelter with no plan in sight for a relocation. More blood money. Shame on them and shame on all of us for allowing this to happen.

The Surrey Leader is reporting that time is running out for the homeless shelter and the Vancouver Province has picked up on the story. This is a dirty stain on Dianne Watts’ campaign. This is something Gordon Campbell would do. Evict the homeless and accept a $24,000 bribe from dirty developers connected to Gordon Campbell for an organized crime megatropolis in Surrey. Oh how the mighty have fallen.

This place is on the same side of 104th just across the street from the new Babylonian City Hall that’s being built. The City of Surrey wants the homeless shelter out of there. They’re even putting up roadblocks on their relocation. This is the place that the City of Surrey just spent $5 million on new furniture. Why are they trampling the homeless in their greed and excess? They’re spending big money on a huge black fence around the Front room so people won’t see the homeless there. God help us.

Posted by Dennis Watson at 6:19 AM