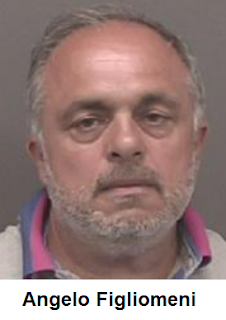 The Toronto Star is reporting that "Fourteen alleged members and associates of the ’Ndrangheta - or Calabrian Mafia - were arrested in southern Italy last month as part of Project Sindicato."

"Among the GTA residents who were charged on Friday morning on organized crime association charges are: Francesco Commisso, 62, alleged head of the local ’Ndrangheta in Siderno and a Canadian arm; Rocco Remo Commisso, 73, of York Region; Giuseppe (Joe) De Maria, 56; Michelangelo Archina, 42; Angelo (Angelino) Figliomeni, 57; Antonio Figliomeni, 57; Cosimo Figiomeni, 54; and Luigi Bishop, 48. Michele Carabetta, 61, of the GTA was charged with Mafia-related charges last month. Also arrested in the sweeping operation was Santo Rumbo, who was arrested in Luxembourg on an international warrant."

"Police at the time said they considered York Region resident Angelo Figliomini, 56, as the head of an international ’Ndrangheta group with a base in York Region. The York Region news conference was attended by Fausto Lamporelli of the Italian state police, who praised a high level of co-operation between Canadian and Italian investigators. 'These two investigations became one,' Lamporelli said through an interpreter."

Ontario arrests organized crime figures involved with drug trafficking. So does Quebec, New Brunswick and Nova Scotia but BC does not. Evan Italy does. That makes BC more corrupt than Quebec and Italy put together. Go figure. Follow the rich white man yo.