The Sovereign Citizen movement in the US 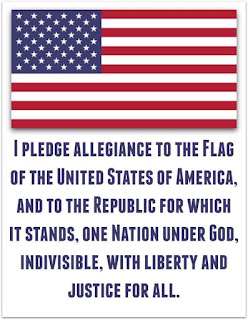 It has been brought to my attention that there is a movement within the United States that call themselves Sovereign Citizens. It has it's roots within the white supremacy moment but since then a lot of people of colour in the US are embracing the doctrine and are trying to declare themselves Sovereign Citizens which basically means they renounce their US Citizenship.

First let me declare, that ain't me. I am proud of my citizenship. In contrast, I am an oath keeper. I believe in protecting the Constitution and the Charter of Rights. I believe in pledging allegiance to the flag and the free republic it represents. Renouncing my citizenship is like being a draft dodger.

At first glance it would appear that Sovereign Citizens think that by renouncing your social security number you no longer have to pay taxes or obey any laws. As absurd as that sounds, it is astounding how large this group has become. It reminds me of that US Facebook group that wanted to shoot their guns at an approaching hurricane. At first we thought it was funny and a joke. Then we realized some wingnuts actually thought that if enough people got out there and fired their guns at a hurricane, the combined force would turn the hurricane away.

None of you ever thought that discharging a firearm at a hurricane might be dangerous because the high speed winds might change the trajectory of the bullet and aim it right back at you?

In Hawaii there is a group of people who want to break free from the US and form their own country like Quebec. I understand the logic. However, once you form a new country, you are going to have to pay taxes to them. Taxes pay for roads, schools, hospitals, police. Basically every social program under the sun. We can certainly debate how taxes are spent and how much tax is collected but no mater what country you join, you're still going to have to pay taxes. Without taxes there is no order, no law enforcement. Nothing gets done. Anarchy is the result. Chaos.

I am not an Anarchist or a Communist. I am the Irish definition of Republican. I believe in a free republic where all people are welcome regardless of race, colour or creed. Yes people have the right to believe in sovereign citizens, but they still must obey the law. As the preamble to the Canadian Charter of Rights declares, I believe in the supremacy of God and the rule of law.

It's like the Jehovah Witnesses. I totally support the freedom of religion. I believe the Jehovah Witnesses have every right to exist. I just don't agree with their beliefs. Some things they believe I agree with but there are other things they believe I do not agree with. For example, they don't believe in going to war. Conscientious objectors have their place in society. However, freedom comes with a price. Fighting Hitler was the right thing to do.

The Jehovah Witnesses are going around telling everyone not to vote in elections. I do not believe that is God's work. If all the good people stop voting in elections, then all the bad people will be elected. That is what Satan wants. That is not what God wants. All it takes for evil to triumph is for good men and women to be silent and not vote in elections. Look before you leap. 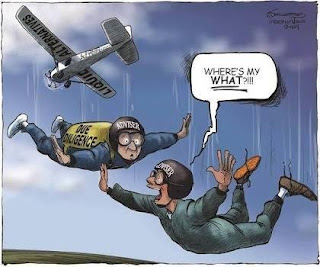 In the movie the Patriot with Mel Gibson, there's a scene where the Americans are complaining about the amount of tax England charges and refer to it as taxation without representation. They are trying to convince Mel Gibson to join the rebellion.

He responds with a wise concern and states: "Would you tell me, please, Mister Howard, why should I trade one tyrant three thousand miles away for three thousand tyrants one mile away? An elected legislature can trample a man's rights as easily as a King can." Mather Byles was the author of the quote. That was the exact concern many Canadians had who became loyalists.

As we can now see, Hong Kong was far better off under British rule than under the Communist party of China. They had a lot more freedom under British rule than they ever will under the yoke of Communism. This is why Brexit is so important. Giving up your sovereignty and joining the EU without a Constitution that guarantees civil liberty is voting for slavery and oppression.

If you love liberty, then you will defend the Constitution. If you want the south to rise again and bring back slavery then so be it. I'll see you on the other side of that battle field. "Is life so dear, or peace so sweet, as to be purchased at the price of chains and slavery? Forbid it, Almighty God! I know not what course others may take; but as for me, give me liberty or give me death!"