Speaking of police misconduct, CBC is reporting that "The Bureau des Enquêtes Indépendantes, or BEI, quietly charged two officers in recent months, both with sexual assault. On May 14, a decorated veteran police constable with the Kativik Regional Police Force, Timothy Sangoya, was accused of sexual assault by summons. The assaults allegedly occurred between 2003 and 2008 in Tasiujaq, a village in eastern Nunavik where Sangoya works, as well as elsewhere in the province. In July, an arrest warrant was issued for a second officer, Roger Barnaby, a constable with the Listuguj Police Department, which is on the south shore of the Gaspé. The warrant followed a BEI investigation into an incident in February 2017 on the Listuguj First Nation."

"According to numbers recently added to its website, the BEI is still investigating more than 30 allegations of sexual assault by police, out of a total of 77 complaints files since its creation in 2016." With the numbers we've seen, if it's happening there it's happening elsewhere as well. Everyone needs to be accountable including the police. 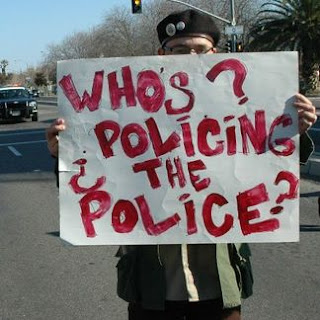