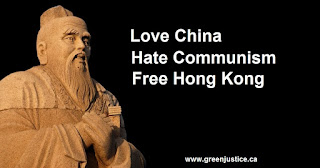 Hong Kong is defending their law which was created by the Sino-British Joint Declaration.

With all the protests in Hong Kong of late one has to remember that there is no reason Hong Kong cannot become a free independent state of both England and China.

China has already violated the terms and conditions of their agreement with England making that contract legally null and void. That means Hong Kong can be free. Some of the signs at the fake pro Communism rally in Vancouver said Love China, Love Hong Kong, No Secession. Well folks, if you love something set it free. Secession is the logical conclusion to the conflict. 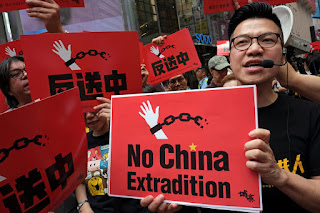 Initially the concern in Hong Kong was the extradition of political prisoners to China so they could be executed to order for organ harvesting. Anyone protesting in support of that is the epitome of evil. End of story. China's refusal to validate that concern means their agreement with England has been broken and Hong Kong must become it's own country. Justice brings Peace. 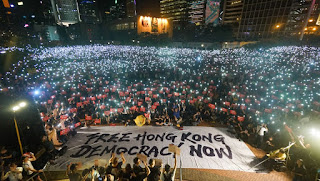 We can also take back our oil rights from Communist China. Letting a Communist dictatorship profit from our oil is both stupid and evil. That practice needs to be reversed.

We can also boycott trade with that Communist dictatorship until it frees Hong Kong and stops executing political prisoners for their organs. We are consumers. China wants to make money. We need to be responsible citizens and not buy conflicted products.