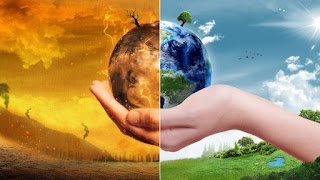 The outrageousness of Brazil's president's defiant destruction of the rain forest forces us to examine the Canadian culpability in that atrocity. Canadian mining companies are wreaking havoc on the environment around the globe. They are giving Canada a bad reputation.

As you can imagine, these Canadian companies operating around the world are doing a lot worse. So much so it is giving Canada a bad reputation around the globe. Miningwatch Canada lists some mining news. The list is so staggering, it would take too long to cover in one post.

Suffice it to say that protesters in third world countries who complain about the pollution from Canadian Mining companies are being brutalized. That's because Corporate Communists don't believe in free speech. Nor do they share their wealth with the countries they exploit.

To make a long story short, Canadian Mining companies are in Brazil and are contributing to the deforestation of the rain forest. The question we need to ask this election is who is going to make these Canadian companies accountable? Jason Kenny certainly isn't. Justin Trudeau might.

I'm not doing to declare this election. I'm just going to let nature take it's course. There is no perfect candidate. Justin Trudeau needs to understand the importance of balancing a budget. Yet so do the Neo Cons. The Neo Cons cry about Justin Trudeau's fiscal irresponsibility, but they are much worse. One thing is certain and that is the fact that the Neo Cons will continue to wreak havoc on the environment at an unbridled rate. That is being fiscally irresponsible.

Balancing the budget protects our children from unnecessary debt. Likewise, protecting the environment gives our children a planet they can live in. Elizabeth May has more to offer Canada then we realize. These Canadian companies need to be more accountable.