Jeffrey Epstein dies by suicide in jail cell but did he really? 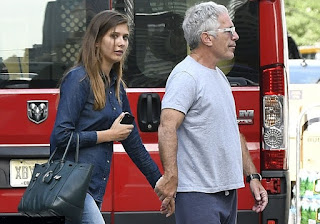 The Canadian Press is reporting that "Jeffrey Epstein, the well-connected financier accused of orchestrating a sex-trafficking ring, killed himself while awaiting trial in a New York prison, officials said Saturday. Epstein was found unresponsive in his cell Saturday morning at the Metropolitan Correctional Center, according to a statement from the Federal Bureau of Prisons. The Fire Department said it received a call at 6:39 a.m. Saturday that Epstein was in cardiac arrest, and he was pronounced dead at New York Presbyterian-Lower Manhattan Hospital."

ABC claims he hanged himself. Back east the police faked a prison suicide for a guy who seemingly went into witness protection after he testified against the HAs. We still need to see the documents from the 2014 defamation court case which accused Epstein and a number of world leaders of sexual abuse. "These petitioners included in their filings not only descriptions of sexual abuse by Epstein, but also new allegations of sexual abuse by several other prominent individuals, including numerous prominent American politicians, powerful business executives, foreign presidents, a well‐known Prime Minister, and other world leaders." 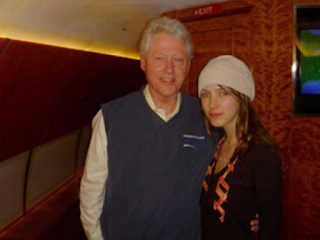 This whole case reminds me of the Mena Connection where a crooked corner named Fahmy Malak not only falsified death certificates deeming murders as suicides in the State of Arkansas but he also tampered with evidence to support the falsifications. He was put into office by Governor Bill Clinton. Things that make ya go hmmmm... or rather Ah Ha.

Update: Epstein was found dead in his Manhattan jail cell early in the morning, just one day after unsealed court documents surfaced new allegations against him and his high-powered inner circle. OK so let's see those unsealed documents. Who is next to be charged?

A Trump Official Posted on Instagram That Jeffrey Epstein Was Hillary’d.

The Means and Motive of the Clinton Body Count

Every crime has a means and a motive. The number of whistle blowers associated with the Clintons who have died over the years is staggering. Probability and statistics points to something shady. First the means. Obviously the Clintons themselves aren't going around killing people. However, that is what the CIA gets paid to do.

Hilary Clinton was the author of Operation Fast and Furious a CIA operation that used the ATF to sell guns to the Mexican cartel and bring back tons of cocaine into the US for payment. It was the continuation of Iran contra. The CIA have a long history of drug trafficking and killing whistle blowers. They are the means and motive behind the Clinton Body Count.

CNN is reporting that "Hundreds of pages of court documents unsealed Friday in New York federal court allege new details of sexual abuse claims against multimillionaire Jeffrey Epstein and several associates. At the heart of the documents connected to a 2015 defamation case are allegations by a woman, Virginia Roberts Giuffre, who has claimed that Epstein kept her as a teenage sex slave and that he was assisted in his efforts by a British woman, Ghislaine Maxwell."

"The documents unsealed Friday were produced as a result of a lawsuit Giuffre filed against Maxwell, nearly two decades after her alleged abuse. They include new allegations by Giuffre that she was instructed by Maxwell to have sex with former New Mexico Gov. Bill Richardson and former US Sen. George Mitchell, among others."

The Daily Beast is reporting that "Virginia Giuffre, who says that Epstein and Maxwell trafficked her to powerful people for erotic massages and sex, claimed in depositions in 2016 that Maxwell directed her to have sex with former New Mexico Gov. Bill Richardson, Britain’s Prince Andrew (whom she has accused before), wealthy financier Glenn Dubin, former senator George Mitchell, now-deceased MIT scientist Marvin Minsky, and modeling agent Jean-Luc Brunel, as well as “another prince,” a "foreign president," a well-known prime minsiter" and the owner of a “large hotel chain” in France." Harvard law professor Alan Dershowitz is also on the list.

The foreign president was Spanish. One of the hotel chain owners was Marvin Minksy.

Who was the Prime Minister? Canadian or British?

The reason behind Epstein's 2007 non-prosecution agreement

Vicky Ward, a real life investigative journalist, reported that when Alexander Acosta, the one who cut the deal with Epstein's lawyer was being considered for the job of labor secretary he said He’d cut the non-prosecution deal with one of Epstein’s attorneys because he had “been told” to back off, that Epstein was above his pay grade. “I was told Epstein ‘belonged to intelligence’ and to leave it alone,” God bless the United States of America and God Damn the CIA.

Jeffrey Epstein Told Me He Had Dirt on Powerful People

He was not remorseful or embarrassed about new allegations. He did not commit suicide.

The Washington Post is reporting that "An autopsy found that financier Jeffrey Epstein sustained multiple breaks in his neck bones, according to two people familiar with the findings, deepening the mystery about the circumstances around his death. Among the bones broken in Epstein’s neck was the hyoid bone, which in men is near the Adam’s apple. Such breaks can occur in those who hang themselves, particularly if they are older, according to forensics experts and studies on the subject. But they are more common in victims of homicide by strangulation, the experts said."