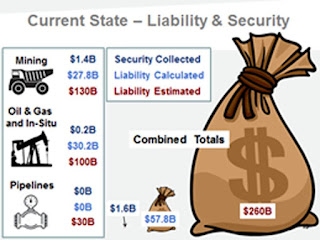 Global is reporting that "Bill C-69, which deals with assessing industrial projects for their effects on public health, the environment and the economy, was passed by Canadian senators in June. The federal government's contentious bill to set up a new authority to assess industrial projects like pipelines, mines and inter-provincial highways, was proclaimed into law on Wednesday and Alberta's UCP government responded swiftly.

"Under the constitution, Alberta has clear and sole jurisdiction over the development of our natural resources," read a joint statement issued by Alberta Energy Minister Sonya Savage and Justice Minister Doug Schweitzer. "We will be launching a constitutional challenge against this discriminatory piece of legislation that will only leave a legacy of irreversible impacts on Canadians." How about the irreversible impact on Canada's environment?

Alberta neo Cons are so full of sh*t. Does that mean BC has sole authority over what pipelines are built in their territory and how much tar sands bitumen passes through their port? You can't have it both ways you dirty dogs. We need to be responsible and sustainable. Going bankrupt every time it comes to cleaning up a dirty oil well is not responsible.

"In June, Prime Minister Justin Trudeau said he believed the process for approving major projects needed to change. "Conservatives still seem to think that the way to get big projects built is to ignore Indigenous peoples and ignore environmental concerns," he said. "That didn't work for 10 years under Stephen Harper, and it's certainly not going to work now." Exactly We need to balance the extremes. Turning mountains into open pit mines is not responsible.

Alberta warned it could take 2,800 years to clean up oilpatch 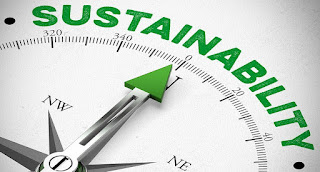 Jason Kenny is a Corporate Communist. He wants to privatize gains and socialize loss. He wants his campaign contributors to get rich off of tax dollars just like the other neo cons do. He wants tax dollars to pay for pipelines and pay for clean up so his dirty dogs an rape the environment and pocket the profit leaving billions of dollars for the taxpayer to clean up. Those are NOT Conservative values. Jason Kenny is Not a Conservative. He is something else.

Posted by Dennis Watson at 2:09 AM