Jeffrey Epstein had ties to the CIA - Randy Andy Update 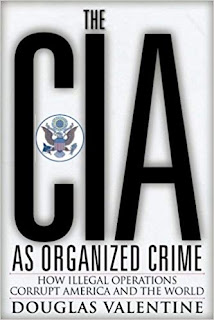 I'm adding updates to the Jeffrey Epstein suspicious suicide in the recent post about it. However, this update I thought I'd add separately just to bring everyone's attention to it. In the interview with Whitney Webb she mentioned that Jeffrey Epstein had ties to the Intelligence community and was running blackmail ops for them. That falls within the realm of believability.

Vicky Ward, a real life investigative journalist, reported that when Alexander Acosta, the one who cut the deal with Epstein's lawyer was being considered for the job of labor secretary he said He’d cut the non-prosecution deal with one of Epstein’s attorneys because he had “been told” to back off, that Epstein was above his pay grade. “I was told Epstein ‘belonged to intelligence’ and to leave it alone.” God Bless the United States of America and God Damn the CIA.

Jeffrey Epstein Told Me He Had Dirt on Powerful People

He was not remorseful or embarrassed about new allegations. He did not commit suicide. Autopsy finds broken bones in Jeffrey Epstein’s neck, deepening questions around his death

The Washington Post is reporting that "An autopsy found that financier Jeffrey Epstein sustained multiple breaks in his neck bones, according to two people familiar with the findings, deepening the mystery about the circumstances around his death. Among the bones broken in Epstein’s neck was the hyoid bone, which in men is near the Adam’s apple. Such breaks can occur in those who hang themselves, particularly if they are older, according to forensics experts and studies on the subject. But they are more common in victims of homicide by strangulation, the experts said."

Randy Andy is in the hot seat.