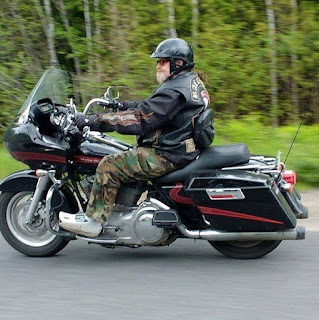 The RCMP are reporting that "A 66-year-old man from Riverview, N.B., has died following a collision between a motorcycle and a car in Lower Cape, N.B. On August 10, 2019, at approximately 3:45 p.m., the Riverview RCMP received a report of a collision between a motorcycle and a car on Route 114 in Lower Cape. The crash is believed to have occurred when the driver of the motorcycle failed to negotiate the corner, crossed the center line and struck the side of the oncoming car. The driver of the motorcycle was taken to hospital where he died as a result of his injuries. The driver and passenger of the car were not injured. The investigation into the cause of the collision is continuing."

Charlie Bacchus is reporting that the deceased is a member of Bacchus MC named Greg Lamkey. There will be a wake Friday evening August 16th at the Bacchus Albert County Clubhouse. The funeral will be 12:00 Noon Saturday August 17th at the same clubhouse. There will be a ride from there to the graveyard. My condolences.

At least this one was an accident. Not like when Michael Kramer ran over a co accused Hells Angel so he couldn't expose his lies when Kramer became a police informant and falsely accused his brothers of doing what he did. Not withstanding my differences with Bacchus in the past, I do send my condolences to a fellow rider. Let them bury their dead in peace. 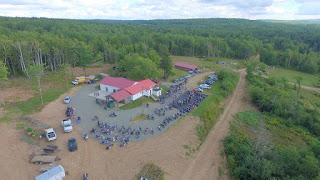