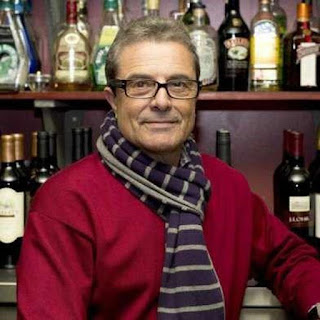 The Toronto Star is reporting that "Paolo Caputo, 64, of Richmond Hill, was killed in a targeted shooting in front of Domani Restaurant, on Roncesvalles Ave. near Grenadier Rd., shortly after 4 p.m. on Friday. Multiple sources said that Caputo may have been targeted for murder over a drug debt owed by his associates to a Mexican drug cartel active in the GTA." BULLSH*T!

"The debt stems from a massive drug rip-off connected to the June 2012 murder of John Raposo. Caputo’s brother, Martino Caputo, is serving a life sentence as one of four men convicted of first-degree murder in the Raposo shooting. At their trial, prosecutors said Raposo was shot to death at close range in a plot to steal his share of a 200 kilogram cocaine shipment."

"Raposo was shot to death by Dean Wiwchar, a former Stouffville resident who was working for a criminal group called the Wolfpack Alliance." The f*cking Cup Pack. Those are the worthless Hells Angels associates from Whiterock in the Witness Protection Program.

"Wiwchar was also convicted of first-degree murder in the Raposo murder, as was Nicola Nero, of Niagara-on-the-Lake, and Rabih (Bobby) Alkhalil, of Montreal." Dean Wiwchar, Nicola Nero and Rabih Alkhalil are all Hells Angels associates. Dean and Rabih work for Larry Amero. 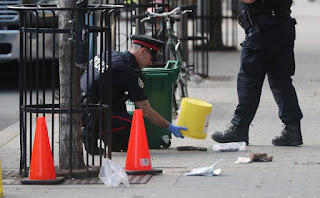 Paolo Caputo was an associate of Vito Rizzutto. This hit was ordered by Wally Stadnick's pals in Hamilton who supported the Calabrians over the Rizzuttos. The Mexican cartel had nothing to do with it. Money talks and the bullsh*t never stops.