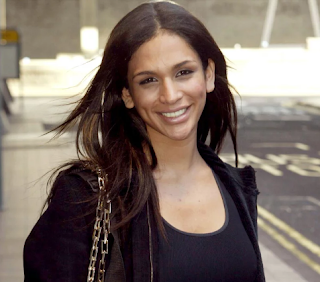 People Magazine is reporting that "Miriam Rivera — the first openly trans reality star, has died. Rivera’s husband Daniel Cuervo confirmed the news in a Facebook tribute shared in February but her death only came to light this week. “My adorable wife rest in peace darling until God lets us be together again,” Cuervo wrote. Authorities have ruled Rivera’s death a suicide, but Cuervo is convinced there’s more to the story. He explained to Daily Mail Australia on Thursday that he believes Rivera’s death was “passed off” as a suicide after she refused to work as a prostitute."

"During the interview, Cuervo recalled the last time he spoke to Rivera on the morning of Feb. 5. “Miriam called me [in New York] from Mexico, telling me she was feeling sick and vomiting blood, so I told her to get to the hospital,” Cuervo to Daily Mail Australia. He explained to the outlet that Rivera called him one more time before leaving the hospital at around noon and that was last time he heard from her. Just two hours later, Miriam was found dead by hanging at her home in Hermosillo, Mexico, according to Daily Mail Australia. She was 38."

"Cuervo had hoped to fly Rivera’s body back to New York where he lives, but as he began to make funeral arrangements he was told that her body had already been cremated, he told the outlet. An autopsy was never performed. Her husband then said he allegedly received a threatening phone call from an unidentified man, who warned him not to plan a funeral for Rivera. “Don’t come back to Mexico or we’ll kill you,” the man said, according to Cuervo."

Her husband isn’t the only one who finds the circumstances surrounding Rivera’s death to be suspicious. Rivera’s friend Jeanett Ørtoft spoke out about her death telling Daily Mail Australia, “Some say she was killed for going against human trafficking, others say she took her own life.”

That is what I would define as a suspicious suicide.