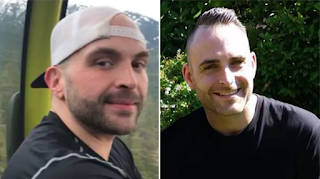 CBC is reporting that "Two bodies that were found Saturday in the B.C. Interior are confirmed to be those of missing Surrey men, Ryan Provencher, 38, and Richard Scurr, 37. Lytton RCMP officers were called to a rural area near Ashcroft, B.C., about 100 kilometres west of Kamloops, for a report that two bodies had been discovered at the site, north of Spences Bridge. RCMP confirmed Tuesday that the bodies are those of Provencher and Scurr. Police believe the cause of their deaths is criminal in nature, and the RCMP's major crime unit in the southeast district is now investigating." Condolences to the families.