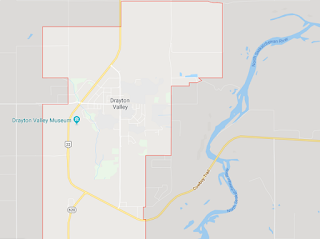 The Canadian Press is reporting that "The Alberta Energy Regulator says a pipeline has spilled 40,000 litres of crude oil into a creek. The regulator says on its website that the incident happened Thursday on a Bonterra Energy Corp. line 14 kilometres south of Drayton Valley, Alta. It says the line was shut in and depressurized, and that containment booms were installed. The AER says no impacts to wildlife were reported." Yeah right. Dead fish tell no tales.

40,000 litres of oil in a creek that runs into the Saskatchewan river. Drink up folks It's good for you. Global is reporting that "Four days after the Alberta Energy Regulator was told 40,000 litres of oil emulsion leaked from a pipeline into a creek that feeds into the North Saskatchewan River, Edmonton’s primary utility provider says the city’s drinking water is perfectly safe.” Not. 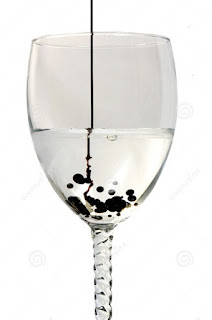 The North Saskatchewan river is Edmonton's sole source of drinking water. "Regulator records show this isn’t the first time the company has had problems in the area." Clean up is expected to take three weeks but Edmonton drinking water is safe. Rollyeyes.

CBC is reporting that "For the second time in less than a month there was a pipeline spill in the province, which serves as the centre of the country’s oil industry. Last month it was 100,000 litres. Now, the Alberta Energy Regulator said on the weekend, a pipeline spilled 40,000 litres of crude into a creek near Drayton Valley last Thursday. The regulator says the incident happened on a Bonterra Energy Corp. line that has left oil seeping into Washout Creek. The creek flows into the North Saskatchewan River, which is the source of city of Edmonton’s water supply. Bonterra says it is taking the necessary steps to limit the damage."

The Calgary Herald reported that "Alberta’s energy watchdog has set a target to cut the number of pipeline spills that affect wildlife and water systems through added enforcement and more frequent inspections on poorly performing companies. The Alberta Energy Regulator also released an online database that outlines the record of every oil and gas company regarding pipeline spills and other incidents over the past two years. It believes that by holding companies publicly accountable for their performance, there will be fewer spills."