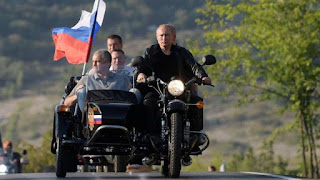 The BBC is reporting that "a leather-clad President Vladimir Putin visited the annexed Crimean peninsula to attend a bikers' festival. The Night Wolves, a right-wing nationalist bikers' group close to President Putin, were prominent supporters of the annexation. This year, they held their annual show in Sevastopol, the Crimean capital." Ah yes, the Night Wolves. 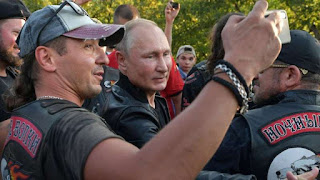 Ukraine foreign ministry described Saturday's visit as a blatant violation of Ukraine's sovereignty. But he didn't visit the Ukraine he visited Crimea. Crimea doesn't have a problem with Putin. Western Ukraine does. This brings us back to the EU Banker's Fraud that created the Greek financial crisis. Crimea was annexed from the Ukraine in 2014. Let's reflect on that.

I'm not concerned about Putin's ties to Donald Trump. I'm concerned with his ties to Hillary Clinton. Hillary and Mr Bill used a Canadian shell company to sell Putin weapons grade uranium for nuclear missiles. That concerns me greatly. Syria and Crimea do not. 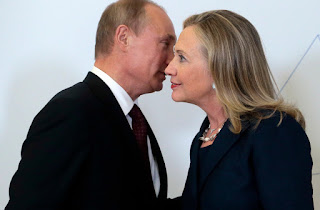