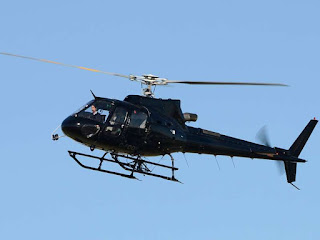 BC Local News is reporting that "RCMP east of Vancouver were involved in a cross-border drug bust this summer that involved nearly 300 kilograms of meth, more than 100 guns and an aerial chase between a police plane and a helicopter."

"U.S. officials staked out a landing site in Washington state about 110 kilometres south of Princeton, where they believed the drugs would be transferred to Canadian buyers. Something spooked the pilot of the helicopter, and it fled north into Canadian airspace."

"Two men who tried to leave the landing site in Washington were arrested by U.S. agents who seized 188 kilograms of methamphetamine. the RCMP Federal Serious and Organized Crime Section in Osoyoos say the office was alerted in early June by U.S. Homeland Security about a planned cross-border drug deal involving nearly 200 kilograms of methamphetamine. It was all part of a video production for rural crime watch. RCMP have not said if anyone has been charged and referred a request for comment to Homeland Security."

Things that make ya go hmmmmm. Sounds like another Western Wind fiasco. 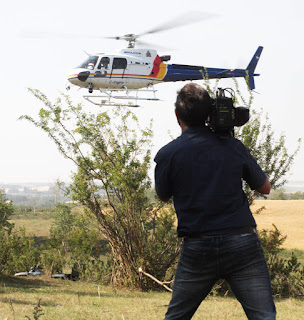 "Bashaw videographer Ben Wilson, of Benjo Productions, gets into the action as a RCMP helicopter hovers over an area west of Bashaw Aug. 20. Wilson, and Bashaw RCMP have been working together to produce a series of updated rural crime watch videos, which included dog services." ~ "Members of the Wetaskiwin Fire Department extinguish a staged car burn with Bashaw filmmaker Ben Wilson. Portions of the new Alberta Provincial Rural Crime Watch Educational video was filmed at the Wetaskiwin Regional Fire Training Centre on Oct. 30."

Is Skeeter Russell in the rat out your rivals witness protection program now too? What about Colin Martin? Colin admitted to reporting other cross border drug smugglers to American Drug Enforcement Agents. In exchange they let him keep operating for 10 years.

Why would a helicopter that is being chased by a RCMP plane land at a rural property near Chilliwack that had 100 guns, U.S. government helicopter decals, drones and cellphone jammers? Was it theirs or a rivals? They could have landed anywhere else. 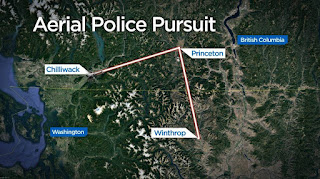 Posted by Dennis Watson at 1:08 PM