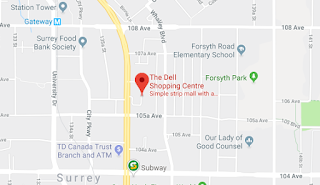 Global is reporting that "Surrey RCMP is investigating a shooting in the Whalley area that left a man with a head injury early Monday morning. Police say they were called to the 10600-block of King George Boulevard just before 2 a.m. for reports of shots fired. A man was found near the area with a head injury, which was treated in hospital. The victim has since been released. RCMP say their Serious Crime Unit is investigating the shooting, which appears to be targeted."