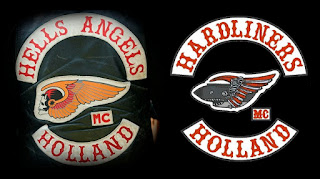 TBM Scandinavia is reporting that "More than twenty members of the new motorcycle club Hardliners MC posed in full colors on the platform of the Haarlem city hall on Thursday afternoon. The photo session was with the back to the camera. Hardliners MC was founded from prison by Lysander de R., the former leader of the Haarlem Hells Angels."

This after a Dutch court banned the Hells Angels motorcycle gang in the Netherlands, saying it had a track record of violent crime in May. The new shark logo look like an old kid's cartoon. 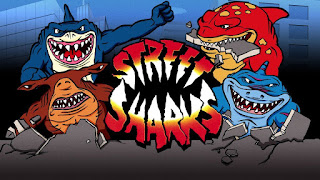