Angel has Fallen is Magnificent 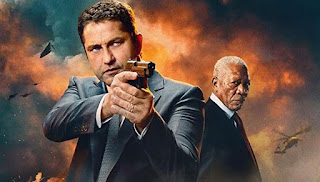 I just saw Angel has Fallen with Gerard Butler and it is very well done. The state of the art drone attack is next generation. The well executed plot is realistic and believable. Gerrard's doomsday father was played by Nick Nolte who did a great job. The dynamics added realism with a slight levety that balanced the movie well. Morgan Freeman is a very accomplished actor who played the president this time soundly as he did in Deep Impact. Lance Reddick radiates competence.

Piper Perabo played Gerrard's wife realistically. We remember her from the Netflix series Covert Affairs which was very well done. I saw a crappy review for Angel has Fallen and I wanted to see it for myself and I'm glad I did. A lot of those two bit movie critics are pencil neck losers who trash good movies just to promote themselves. That is pointless. Angel has Fallen is a very good movie and the critics who say it isn't have no credibility.

I'm getting tired of the mob's super hero obsession. They're nice but they just aren't reality based. They are motivational fantasies. I prefer movies that are more realistic and Angel has Fallen hits realism head on. Gerard Butler is Irish and spent some of his youth in Montreal but was born and raised in Scotland. What's there not to like? We remember Gerard Butler from his legendary role as the Spartan comander in the movie 300. He was also the nice guy in PS I love you.

Gerard Butler is a good actor. Perhaps too good. When he plays a bad guy it's a little too real. I saw him in two other roles where he played the bad guy and he was so realistic I couldn't watch it. Den of Thieves was one. The dirty cops in that were a little too realistic and nobody likes a dirty cop. Anyways, hats off to a job well done in Angel has Fallen. 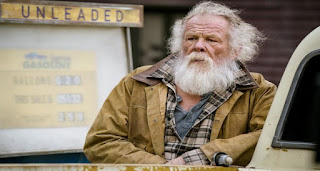 Looking ahead, we look forward to the return of Sarah Connor in Terminator Dark Fate. Arnold is back. Terminator Genesis was a fantastic remix with alterate timelines. Dark Fate proves that boombers may be old but not obsolete. They can still get sh*t done. 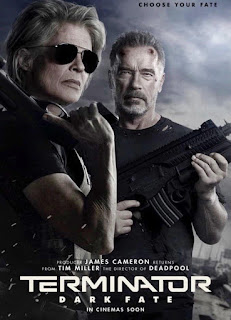 Which brings us to Rambo 5 Last Blood. Stallone is gonna die with his boots on like Clint Eastwood. He keeps making epic sh*t. Creed 1 & 2 were stellar. He's the kinda guy that steps onto the screen as says I am. In Rambo 5 Last Blood he wants them to know that "if they come looking for me they will welcome death." Now that's what I'm talking about. 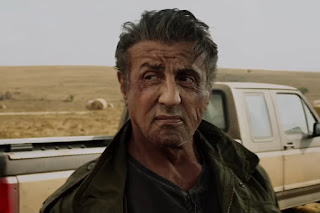