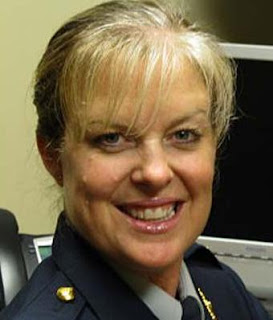 I don't want to minimize the complaint or prejudice the case but in all fairness, this one is a little bit different than all the others. A Surrey, B.C., RCMP officer is suing the province's solicitor-generals ministry, the attorney-general of Canada and three RCMP officers, alleging she was harassed, demeaned and belittled by bosses who operated in an atmosphere of "fear and control."

Yet when you look at the actual allegations as reported in the media, Elizabeth Couture's allegations are a little bit different. She claims she was harassed not sexually harassed. She claims her problems began in May 2009 when she was promoted to corporal and appointed to work in the Surrey detachment's branch of the Drugs and Organized Crime Awareness Service (DOCAS). I'm not sure what that awareness service is but that's beside the point.

In a notice of civil claim filed in B.C. Supreme Court, Couture says she was told that contact between co-workers was "highly discouraged" and that all conversations among co-workers had to be approved in advance.

She says she was questioned about her personal and social consumption of alcohol and informed that members of the management team abstain from alcohol socially and wish others to do the same. OK hold the door. With all the bad press the police have been taking with all the drunken police officers beating up civilians and raping coworkers, I think the RCMP's encouragement to abstain from social alcohol might be a wise idea for a while till things cool down.

Couture says she was warned against "rumour-mongering" and told not to contact two DOCAS colleagues she knew from previous work for the RCMP. Just how is warning an officer about rumor mongering a bad thing? Would it be agreed that was a good thing to do? Unless of course someone in that detachment was alleged to have committed an offense and that was the rumor they were trying to stifle.

In September 2009, while receiving field training, Couture overheard an officer speaking with his daughter on the telephone, with the daughter referring to Couture as the "crazy lady," she says.

The officer then phoned a superior officer on speaker phone to advise him of the incident and the superior officer laughed and said Couture should be nicknamed "CB" for "Crazy Beth," she added. "Couture was very offended and insisted that such talk cease," says the lawsuit.

So she listens in on a private conversation between an officer and his daughter. He was talking to his daughter not another officer. He was venting. At what point are we allowed to be human? Maybe she is crazy. Maybe she was this wing nut that was making their life miserable. She freaks out and calls her superior on the speaker phone. She's obviously doing some control and manipulation there trying to instill a little fear of her own. It's not like she's cowering in the corner completely innocent. It sounds like Dwight in the Office telling everyone they're in trouble because they're gonna call the boss on speaker phone so everyone can hear.

Point granted her superior laughing and calling her crazy Beth on the speakerphone was less than tactful. Did he know he was on speaker phone? OK he failed on showing empathy and being a good listener. Yet as a person in a position of authority he's supposed to support the open door policy of human resources.

"Members of the management team continually told Couture that she should focus solely on work and not gossip or "chit chat" with others in DOCAS, including directing Couture to refrain from extended morning greeting talk except for basic hellos upon arriving at the office," it says. Why would they say that? Why the direction against gossip? Was it because she had a reputation for being a busy body or was it because they had something to hide?

"During Couture's previous postings with the RCMP, she had no forced restrictions on her interactions with colleagues." Was that the reason she was transferred? Yet it said she was promoted. One would think if she was causing a problem in her last assignment she wouldn't have been promoted.

In May 2010, Couture said she was told she was "too wordy and that she must communicate with her supervisor in one minute or less." Ever heard the term get to the point?

So we're left with a lot of senseless speculation. I just wanted to point out this case was different. Certainly for all practical purposes the RCMP has become at best an old boys club of political incorrectness like a construction site. Yet one would expect much more from a force who's ego claims they are one of the most respected forces in the world. Sadly untrue.

There are a lot of really serious allegations on the table against the RCMP. Attending parties at Piggy's palace, blackmailing prostitutes into having sex with them, sexually harassing and raping coworkers. Those are very serious.

This whole violence against anyone including women is still continuing to be a problem. The recent march on Ottawa commemorated the women who were shot in the Montreal Massacre. That was a tragic event. The UBC student who went home to Bangladesh and her husband poked her eyes out. Tragic. The SFU student in Surrey who was murdered after having been assaulted by her boyfriend. These are serious acts.

Just as concerning is the murder of Dana Turner from Edmonton. Her boyfriend Mark is the son of John Lindsay, the Edmonton police chief who resigned after controversy of the department leaking information to the Hells Angels. Mark plead guilty to stabbing Lindsey in the head with a paring knife. He was given a conditional sentence and released on August 12 2011. Two days later the girlfriend he assaulted went missing and has never been seen since.

Mark was arrested September in Kamloops in a Mr Big sting where he stabbed an under cover police officer. No word on him being charged with Lindsey's murder. Now that is serious.