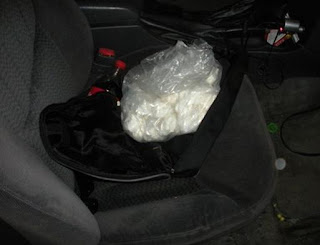 Local police arrested five individuals and seized a kilogram of cocaine and more than $5,000 in cash in two separate vehicle stops. Lloydminster RCMP GIS Cpl. Shayne Hartwell said they were able to arrest both the dealer and the supplier of the drugs.

"There is organized crime alive and well in Lloyd and it's part of the cocaine trade," said Hartwell. "We've been keeping an eye on what is going on and at the end of the day it is knowing your community and knowing the people within the community that you need to be watching for."

No names have been released but the first question is are they affiliated with the FreeWheelers or the Hells Angels? Half way between Edmonton and Saskatoon. It's pretty obvious who controls the cocaine trade in that area.