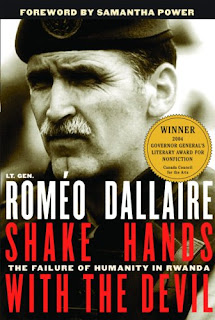 We've all heard the term the greater good. Well this week I've become familiar with the greater evil. Although I've expressed concern about laws that erode individual rights and empower the police and the military to abuse their station to serve and protect the public, this Christmas I do want to salute law enforcement.

A while ago one person commented on a thread about police brutality that when push comes to shove, it's the police we're going to call when a murder is on the lose and someone is trying to harm our family. True enough. Torture is something that concerns us. Tasering a prisoner that is hog tied is a misuse of the weapon. Yet when I see some of the animosity families of gang members have towards the police in general I can clearly see a greater evil.

When we look at gang members with no regard for the law we contemplate what kind of bad parent would raise such a monster. Often we find out that greed driven gang members come from good homes with broken hearted parents. Yet sometimes we find that in cases of the Bacon brothers and Robert Shannon, the parents were not only complacent but actively involved in their children's crimes.

In the case of the Bacon brothers, spoilt brats from the suburbs, wire taps revealed that the parents were in on the drug trafficking. That is something I would consider being a bad parent. In the case of Robert Shannon, we saw his dear old Dad smiling while on board his son's obscenely expensive motorboat with that outrageously expensive truck he had pulling it. One is forced to conclude that parent knew the toys their kid were playing with were the proceeds of crime. Turning a blind eye to that is clearly being a bad parent.

Yet it gets worse. A really bad parent is one that knowingly and passionately lies for their child. When confronted with a child's misdeed they not only deny it and say oh my child would never do that. They lie for the child and help to harass and bully anyone who dares bring the truth to light.

I have seen this parent in action. Not only did this parent display a passion for dishonesty, false accusations and denial, they also had a huge hate for the police in general. Something they consider to be the biggest gang on the planet. Although I am the first one to agree that individual police officers can screw up, be that with regards to untimely excessive force or off the wall inappropriateness with female coworkers, by far the majority of police out there want to do good and do what's right. After all we do believe in the supremacy of God and the rule of law.

Which brings us to bad parents using the name of the Lord in vain. Tony Terezakis used the Lord's name in vain. He was a born again Christian who shouted praise the Lord as he filmed himself beating and spitting on drug addicts who owed him money. When we are told by their fruits they shall known them, Tony was clearly a freak.

Some Christians get this crazy idea that as long as they make a one time confession that Jesus is the Christ, it doesn't matter what they do. They can rape murder and steal and they'll still have a place waiting for them in heaven. They even go to the bizarre extreme and claim anyone who denies this claims God is a liar and are from the devil. Ironic. When Christ confronted the religious leaders at the time they said he was sent from the devil and had him killed. Even the devil knows that Jesus is the Christ and that knowledge doesn't save him.

I find this general hate for the police to be misguided. I find this passion to lie for a child to be misguided. Oh my love for my son is so strong it will never be broken. Lady that isn't love, that is denial and it's dysfunctional at best. Christians are taught to have unconditional love for a wayward child. That doesn't mean condoning the bad behavior and lying for them to hide, continue and benefit from it.

Their bullying of anyone who tries to bring the truth to light is a greater evil that consumes them. It is no different than the bullying the gangs do to collect drug debts and eliminate the competition in the drug trade. It has nothing to do with Christianity. It has the hallmarks of being a bad parent.

Posted by Dennis Watson at 1:42 AM