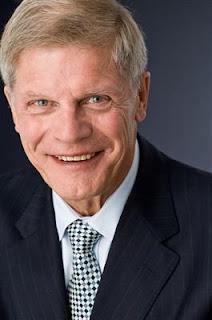 Well this is refreshing news. Christy Clark's disapproval rating hits highest level. On the front page of today's Vancouver sun it claims that the B.C. Conservatives are 'cannibalizing' Liberals.

If you want to vote for a conservative, do so. Don't vote for a neo con like Christy Clark and Gordon Campbell. The ballooning debt they created within BC Hydro by ripping off consumers was outrageous. Cummins was first elected under the Reform Party banner in 1993. That's a good sign.

"I learned that the best way to get things done is to listen to what the voters are saying," he said Tuesday, "to stand up for what you believe in, and never back down on something you know is right."

In announcing his leadership bid, Cummins revealed one policy of his platform - he wants to see donations for political parties from corporations and unions banned in British Columbia. "If a party cannot raise money from the voters, it has no business representing them in the legislature," he said. That's refreshing.

"The choice between the Liberals and NDP is like a choice between airline food and hospital food," Cummins said. "We can do better. British Colombians deserve a choice they are actually excited to vote for, not two parties they have to hold their noses to support." Feisty too. I like him.

I do want to be clear about a few stereotypes though. Adrian Dix is indeed a hard worker. He does care about crime. Mike Farnsworth as AG would definitely be a breath of fresh air. The liberals keep saying the NDP will tax and spend us into a black hole yet they have been the biggest offenders. John Cummins opposes the gas tax.

When people complain that the NDP get support from the big unions I have to ask what unions? The nurses have a union, the teachers have a Union and CUPE have a union. All the others are fractured splinters of what they once were. The big unions don't exist any more. Now it's all about the big corporations ripping off the consumers. It's getting to the point that it's effecting our sovereignty.