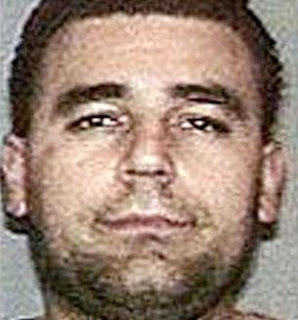 A blog reader sent me this link to a New York Post article about Salvatore Montagna's murder. Ya gotta love New York: Mob boss gets "iced." He was "whacked" yesterday. SNOW JOB: Sal the Ironworker Montagna is a frozen "stiff."

I will point out that I never posted pictures of Larry Amero when he was shot lying on the ground nor would I post pictures of a dead body of a mobster murdered. The new development in the case is that the New York Paper quotes the Montreal Gazette and states Montagna was shot once during a struggle in Ile Vaudry, a working-class neighborhood on a small island about 30 miles north of Montreal.

But the mortally wounded Montagna jumped into the freezing Assomption River, and swam 30 feet across to the other shore, where he was found around 10 a.m. by emergency responders. Turns out he was in the home of convicted cocaine dealer Jack Arthur Simpson. For generations New York has been the center of the universe for the mafia. I find it amazing how closely tied to it Canada is and to you know who.