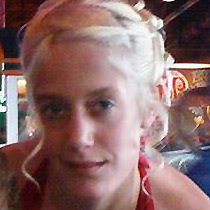 With all the unending drug convictions tied to the Hells Angels and their puppet club associates, it is very clear that drug trafficking is the Hells Angels primary business. That and prostitution of course. I will remind you that at first they kept lying to us claiming they aren't involved in drugs. That has proven to be a lie.

We've talked about the shell game and how the Hells Angels keep creating a maze of puppet clubs to hide their involvement in drug trafficking. In the Quebec biker war, it was no different. The Rock Machine were the rivals and the Rockers were the puppets who sold drugs for the Hells Angels. Then Mom Boucher, the white supremacist, made Greg Wooley a member of the Rockers and got him to set up his own finger puppet club called the Syndicate. Through Greg Wooley's puppet club, the Hells Angels were able to supply all the Crips in Montreal with cocaine.

On the West coast it all became clear in Prince George. The police claimed that the Hells Angels ran the drug trade in Prince George and they denied it. Publicly that is. What they said in private was a very different matter. First they established the Renegades who were a puppet club for the Hells Angels in Prince George. After a police agent infiltrated the organization which resulted in drug trafficking convictions tied to the East Vancouver Hells Angels two full patch members were executed to pay the price of sponsoring an informant. Billy Moore and Cedric Smith. They killed their own.

Yet the most heinous thing the police revealed is the crack shack torture chambers they found in Prince George. They found crack addicts chained in crack shack basements where they were tortured for having drug debts. All that to the Hells Angels patch.

Recently two names from the Crew have resurfaced. Not like Joshua Hendrick who turned up dead in the Fraser River. These two surfaced in the courts. Alia Pierini was convicted of some brutal assaults in Prince George, done to collect drug debts from crack addicts she was supplying.

Police alleged, and the court found, that Pierini and co-accused Scott Payne were part of an organized crime group called The Crew, a puppet club of the notorious Hells Angels. Pierini admits that she was involved in reprehensible acts of violence and extortion, including whacking a crack addict who owed her money with a medieval battle axe. But she says she was never part of any official "crime group." Don't they all. There is no way she would have been allowed to sell crack in Prince George or use violence to collect drug debts, if she was not working for the Hells Angels.

Dustin Lee Pierini was found guilty of brandishing a weapon recently. He was also a member of the Crew. His sister is Boo (Alia) Pierini. So the names have changed but the denial and the drug related violence remains the same. Boo reminds me of Joanna Larson from the Surrey House of Horrors. We need to remember that it's the Hells Angels who are ultimately responsible for this extreme drug related violence.