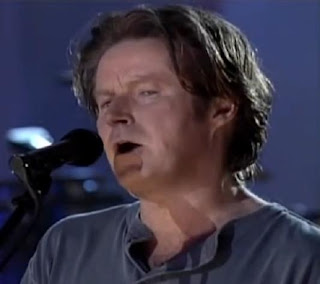 Have you ever heard the term a New York Minute? I spent time in New York in the late 80's. Rockin the A train to 155th Street. Then later on chillin on the Deuce. I became familiar with the term. They say New York is the city that never sleeps. Things are happening 24/7. Then all of a sudden, in a New york minute everything can happen at once. This week has been a New York minute. Incredibly busy at work, home, Internet, computer crash. Everything happened at once.

It all started with my Christmas Epiphany. Right when I was researching it, I had an intrusion attempt and a complete system crash. The timing was very suspicious. Now wait 'till I tell ye... I wasn't born yesterday. I've been doing this blog and web site for a while now. It all started because of the Surrey Six. A gang hit executed two innocent bystanders and a community was outraged. Chris Mohan's mother spoke at a rally against gang violence where they released doves in memory of lost loved ones. It was touching.

She made a public appeal for a web site to identify known gang members. She said they were living next door to gang members and they had no idea. All these murders we hear the victim was known to the police. If they are known to the police they should be known to the public. She had a good point. When she made the appeal I thought to myself, I could do that. I've gone up against enough corporate lawyers in my day.

So the web site was born. In the beginning I expressed my opinion that the Hells angels were ultimately responsible for the Surrey Six murder. That theory was met with rage and denial. Yet Larry Amero being shot while parading around Kelowna with Johnathon Bacon showed that I wasn't far off. The Independent Soldiers meeting with the Bacon brothers at the Castle fun Park in Kevlar before the hit was more evidence. Since then the evidence has been coming forward.

The point is, the Hells angels never claim responsibility when they murder someone. The accusation is always met with denial. When I say the Hells angels control the drug trade in a particular city, I am flooded with denial and threats. When I posted my opinion that the Hells angels were behind the Surrey House of Horrors, I was met with threats and accusations. They said I was talking about something that could get me killed. One poster was pretty hostile and claimed I was Anton thinking I had inside knowledge on the matter. Turned out I wasn't Anton but he did have inside knowledge on the matter.

Locally there have been another two shootings in 24 hours. The most recent of which was a mother executed with her toddler in the car. That is outrageous. Who would do that? We we know it's been done before locally.

A mother was shot dead with her toddler in the back seat in Surrey. Her husband was an associate of the UN and she was a personal friend of the guy who owned the condo where the Surrey Six murder had taken place. They hunted him down after the fact and killed him in a take over of the leadership of that gang. The old Red Scorpions were affiliated with the UN and had beef with the Haney Hells Angels. The new Red scorpions are Hells Angel puppets.

Before I recount Montreal, let me cite Grande Prairie. Recently, Grande Prairie had it's largest drug bust in it's history. A group called the Baseball team was involved. I have two independent sources that claim the Baseball Team work for the Hells angels. When I made that post on my blog, someone claiming to be from Grande Prairie said you know about Surrey but I know about Grande Prairie and the Hells Angels are no longer involved in the drug trade there. Well I personally find that hard to believe. They were just implicated in the city's largest cocaine bust.

Meanwhile that crazy lady from Grande Prairie who knows Shaun Thexton who was recently arrested in that Grande Prairie drug bust, is spamming my blog claiming she knows who I am and is threatening to post my home address all over the Internet and social media. Someone else is at the same time spamming me with threats about the Hells angels gang raping my daughter. These are deranged people making deranged threats. Obviously they are not directly affiliated. Yet the depravity is concerning.

I post my Christmas Epiphany and someone claiming to be from Montreal claims the Hells Angels are no longer involved in the Montreal drug trade. I gagged and said I beg to differ. Then another reader posted a link to a headline how after the recent police round up the Hells Angels are reorganizing in Montreal with four new puppet clubs.

Freddy, who is an informed contributor to the blog does not think the Hells angels are the ones responsible for knocking off the Rizzutos. Fair enough. I personally disagree. I think they are. Even this recent article which presents some theories admits the latest hit was very amateur. Shooting the Rizzuto patriarch through the window in front of his family was out of the norm for Italians as was fire bombing a funeral home. That was more someone a devil worshipping Hells Angel would do.

Freddy understandably claims that people don't want speculation, they just want the facts. Fair enough. Unfortunately I don't give a rat's ass what people want. Personally, it's like Ricky Nelson's song Garden Party. You can't please everyone, you've gotta please yourself. Not in a selfish way but in a Shakespearean to thine own self be true kind of way.

A journalist just writes the facts. A columnist would express an opinion. I however, am neither. I do express opinions and present theories. The scientific method starts off with a theory. It then conducts experiments to test the theory and records observations. In the literary world we start with a theory and seek out supporting documentation to prove or disprove the theory. Yes I do believe the Hells Angels are the ones killing the Rizzutos. The book the Sixth Family claims the Hells angels were working with the Rizzutos. The links I posted in my Christmas Epiphany show that the Hells angels were implicated in a Rizzuto clan kidnapping and extortion in 2005 and a subsequent retaliatory murder in 2006.

Obviously the Hells angels would deny it if they did it. They aren't like the French or the Irish who claim responsibility for what they do. They are like the English who historically betray in back rooms ever since Braveheart. Remember one of the opening scenes from the movie Braveheart? The wee lad walks into a barn where he sees his father and other leaders in the community hanged. The British King had invited them to a special meeting and had ambushed them and executed them. That is how the Hells Angels have done business in Canada ever since Lennoxville.

One final note. It's Christmas. Spend time with your family. I didn't create my web site and blog to be a real time debating team drama fest. No one is going to agree with everything I post. You may be right, I might be crazy. But it just may be a lunatic you're looking for. Yet during the holiday I want to steer away from the drama. I am reminded of Don Henley's song in a New York Minute.

The trial for Britney Irving's murder has been set for January. There is no way Hells Angels associate Joey Verma acted alone in that case. The tragedies continue. Let's not forget Dain Philips either. To this end, let there be peace on earth and let it begin with me. It may be painful and outrageous but ultimately it will be the truth that sets us free. Word.

Email ThisBlogThis!Share to TwitterShare to FacebookShare to Pinterest
Labels: Rizzuto