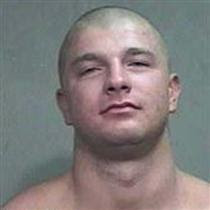 Police raided five meth labs in the greater Vancouver area tied to bikers. [Photos] The news claimed the police wouldn't say which biker gang was involved but admitted the Hells Angles and their puppet clubs are the only Biker gangs operating in the province so it doesn't take a brain surgeon to do the math. Kim Bolan can figure it out.

One was in Surrey. Three cheers! Meth labs are far more of a public concern than grow ops. Those chemicals are toxic and get dumped anywhere they want. The effects of crystal meth on addicts and the community are devastating. OMGU rocks. Remember that meth lab in Kelowna tied to the Hells Angels that was a huge production point? The Hells Angels were also tied to Surrey meth cook Kerry Ryan Renaud.