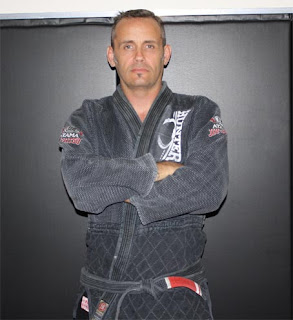 Well this is refreshing. Finally a Hells Angel gets sent back to where he came from - Scotland. Although the case is peculiar in that he doesn't have a criminal record, he joined the Toronto chapter of the Hells Angels and rose to become a Sergeant at Arms and then president of Hells Angels Ontario Corp., in which he acted as treasurer for 10 chapters over a seven-year span. Stables joined the gang in 2000 and "quit" in 2009. He was president of the corporation that was collecting drug money. Treasurer for 10 chapters must have included Niagara. As we speak Hamilton is trying to take over the drug trade in New Brunswick.

Stables claim the treasurer role included picking up dues from members and depositing the funds into an account. His immigration problems began in 2006 after he was found by officers of the Canada Border Services Agency (CBSA) carrying gang paraphernalia and phone numbers written on a business card as he arrived at Vancouver airport from a MMA tournament in Asia.

He was clearly an enforcer for a criminal organization. That status has been well documented in the Ontario courts because of the numerous drug related convictions involving the Hells angels there. The Hells Angels infiltration of MMA has become a real problem as well.

“Clearly, the framers of the Charter [of Rights] could not have intended that the applicant’s membership in the Hells Angels could be protected through his freedom of association and expression, despite the overwhelming criminal history of the organization.”

I agree. The freedom of association does not include the freedom to belong to a criminal organization. We just have to be careful how the police define criminal organization. The Hells Angels have a long list of drug convictions. It has been well documented that they use extreme violence to obtain and maintain control of the drug trade. That has clearly been established.