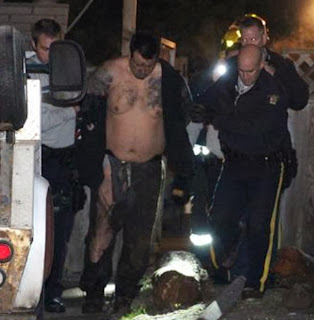 Another nutbar went on a carjacking crime spree last night. CTV is reporting that the 30-year-old man was allegedly involved in three stabbings, two carjackings, a robbery and home invasion – all in one night. On the news it originally said the guy was from Surrey but the Vancouver Province is now reporting he's from Delta. A blog reader sent in a play by play as it was happening from ScanBC on twitter. Sounds like a pathetic loser on crystal meth.