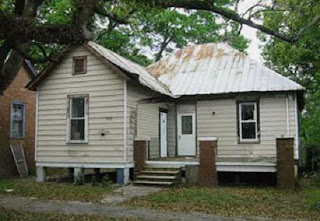 Global is reporting that shots were exchanged between two vehicles this afternoon in Surrey near 127th Street and 93rd Avenue around 3 p.m. RCMP are looking for a beige Jeep and a white crossover-type vehicle. No one was injured.

The Surrey Leader is reporting that earlier this afternoon three people were arrested after an RCMP officer fired a gunshot at a suspect vehicle in White Rock. "According to an RCMP release, plainclothes officers were investigating a "known crack shack" near Russell Avenue and Finlay Street around 12 p.m., when three suspects attempted to flee the area in a vehicle. An officer shot at the suspect vehicle, and the three occupants were subsequently arrested. No injuries were reported."Chalk one up for the good guys.

Bustin up crack shacks. Now that's what I'm talking about.

A blog reader was on scene and took a picture: 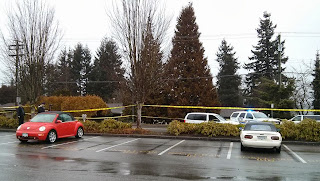