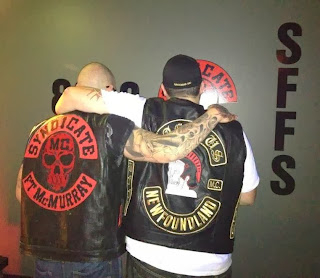 The Fort McMurray Today is reporting that a Fort McMurray man who planned on meeting someone he’d met online ended up being held against his will for two days. On Jan. 16, the unnamed man arranged to meet someone in a location they’d agreed upon, but was “greeted by additional and unexpected people,” a release from local RCMP says.

He was held in a Beacon Hill residence where he was assaulted and threatened but didn’t sustain injuries. While held captive his vehicle was used without his permission. Jared White, 26, and Darryl Kavanagh, 41, have both been charged with numerous offences including forcible confinement, assault and robbery, and could be imprisoned for up to 14 years.

Once source claims Darryl is a known debt collector for the Syndicate and HA in Fort Mcmurray area and openly brags about that fact in bars. This time Darryl was charged with Jared White. White is known to be associated or is a member of the White Boy Posse. Previously Darryl was charged in a similar indent with Colin Furber who was alleged to have committed that offense to repay a drug debt.

Get this. In 2013 Darryl Kavanagh was convicted in yet another kidnapping case. He was found guilty of uttering threats and unlawful confinement. For that he had to pay a $100 fine, serve one day in jail, be on probation for one year and was prohibited from owning firearms for a year. Tell me again that judges aren't the problem in this case.

Here's a picture of Darryl Kavanagh. He's not very bright. 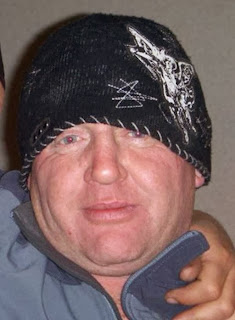 Here's a picture of Jared White doing the Pee Wee Herman. Yo man find a room. 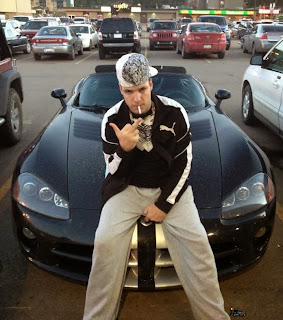 Jared had Hells Angels support gear all over his facebook. 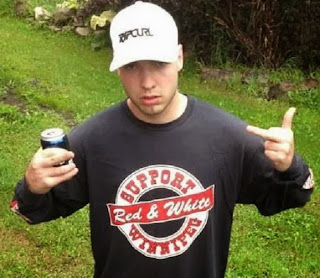 Posted by Dennis Watson at 1:18 PM