Words of Wisdom from Trevor Greene 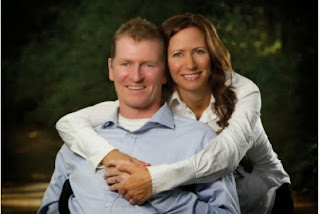 A blog reader just sent me a link to a recent article written by Trevor Greene about How the Harper Government Committed a Knowledge Massacre. I said Is that written by The Trevor Greene? The Canadian soldier that was wounded in Afghanistan and said he'd go back and do it all over again? That's impressive.

Trevor's heart warming tale is about a soldier exemplifying heart. Like Bill Turner a reservist from Edmonton who was killed in the line of duty in Afghanistan. He's be like "Hi I'm Bill. I'm here to help." This is what Canadian Peace Keeping used to be. Soldiers with heart who believed in a cause so passionately they were wiling to die for it. These weren't mercenaries for Drug lords or the big oil companies.

Trevor took off his helmet and sat down with some Afghan elders to meet with them and build a relationship of trust with the people he went to serve. He was attacked from behind and hit in the back of the head with an axe which paralyzed him and resulted in a long road to recovery. Turns out that inspiring tale was recorded in a book entitled March Forth that was release last year.

I remember reading an article quoting another soldier who had murmured about the incident claiming when he heard what happened he knew who it was. Implying he was criticizing Trevor for taking off his helmet and sitting down with the local elders. I guess that soldier didn't understand what heart means and how important developing a relationship of trust with the people you serve really is. I guess that soldier didn't take time to think that maybe while he was sitting down pouring his heart out to the local elders, another soldier should have been watching his back.

It turns out that Trevor has written a few powerful articles. Two about FIPA. What he refers to as The Trade Deal That Could Conquer Canada. Here we have a dedicated war vet talking about how a bad trade deal that has nothing to do with free trade could in fact destroy our liberty. The same liberty he risked his life to defend.

No doubt his book March Forth is well worth the read. His wife seems to be just as an amazing pershon as he is. Clearly a match made in heaven. They share a powerful blog called March forth. In one post about Eco Terrorism Trevor writes:

"I am shocked, outraged, and embarrassed by the government’s proposal to prosecute environmental protesters as terrorists. Embarrassed because I fear that our country’s stellar reputation among nations—which dates back to Vimy Ridge in 1917 and burnished by Lester B. Pearson, who won the Nobel Peace Prize 40 years later for basically inventing peacekeeping— would be irreparably damaged if the cherished democratic ideal of peaceful protest were to be criminalized."

This is not the ramblings of a leftist kook. This is the passionate warnings of a true patriot. He points out that Terrorism is defined by the International Convention for the Suppression of Financing of Terrorism as an "act intended to cause serious bodily injury to a civilian, or to any other person not taking an active part in the hostilities in a situation of armed conflict, when the purpose of such act, by its nature or context, is to intimidate a population, or to compel a government or an international organization to do or to abstain from doing any act.”

He concludes that "CSIS and the RCMP have identified Greenpeace and People for the Ethical Treatment of Animals as ‘ multi-issue extremist groups’ and a threat to Canadians, according to the Globe and Mail. Putting Greenpeace and people like David Suzuki on a par with Al-queda and the brutal thugs of the Taliban is an act I would expect from a Margaret Thatcher or George W Bush, or, for that matter, Moammar Kaddhafi." Well said.

Yes he had a heart before he went to Afghanistan. That's why he went to serve there. Before Afghanistan he wrote a book about the women murdered in the DTES called Bad Date: The Lost Girls of Vancouver's Low Track. Thank God Canada still has a few real patriots left.

Posted by Dennis Watson at 2:21 PM