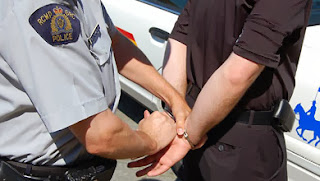 I'm not much of a New Years eve kind of guy. My father used to be an elementary school principle in North Vancouver. When I was very young, I remember my father and I stopping off at his staff Christmas or New Years party. When he saw what it was like we quickly left. My father was not a drinker. I saw an older man chasing a younger woman around the house with a shoe and they were both drunk acting like idiots. I remember being in shock. These are adults? I thought to myself. Then I thought these are teachers? God help us. Even a primary student could see that.

I'm more of a New Years day kind of guy. There's nothing like snowshoeing up a mountain with a headlamp before dawn only to catch the first sunrise of the year from the peak of a snow covered ridge. For me the new year doesn't begin at midnight new years eve. It begins at sunrise new years day. Today it's another blood red sky.

The build up to dawn was dark and dreary. Yet behind the dark clouds, the sun is still shining. A new day has dawned and a new year is before us. Last year was pretty much the same as the year before that. Even worse. Only now the data has revealed some root causes of the violence. Last year Surrey had a record number of homicides while Vancouver had the least ever. Something is wrong in Surrey and I'd be happy to tell you what it is.

Everyone knows whenever a crack house moves into town the whole neighborhood goes to pot. Well it's the same thing when you let them sell crack publicly in a particular area. The trickle down violence from that act is off the hook. One activist recently complained about Dianne Watt's trips to Israel and enforcing the law around her new city hall when they don't do the same thing in Newton. Whalley is still a problem that is not being addressed. All they care about is crime in their little bubble. It's as though they made a deal with the crack dealers telling them you can sell in Newton and at the Front Room as long as you don't sell outside the new City Hall. Surely they would never make a deal like that but when you see that happen it sure makes you wonder.

I oppose Dianne Watt's selective genefication and selective enforcement. In Whalley the businesses were complaining about how the crack addicts were destroying their business from theft. In Newton the businesses are complaining about how the drug dealers are destroying their business by taking their customers away. Not arresting the crack dealers in Newton and Whalley is destroying business there. That is what we see happening. The businesses need to sue Dianne Watts and Bill Fordy civilly for not enforcing the law equally. They have suffered business losses as a result and have thereby incurred legal damages.

Something needs to change because the city of Surrey and the RCMP aren't listening. It is the public that pays their wages. The public is the one that has to pay for Dianne Watts new ivory tower and all her extravagant trips everywhere promoting herself while she neglects the city that elected her. The residents of Whalley where Janice Shore was murdered refer to their neighborhood as the dead zone because police tolerate crime there. That needs to change.

One blog reader who expressed a mutual frustration with the political corruption surrounding this issue suggested we launch an e-mail campaign to encourage city council to address the issue. They weren't sure if I'd support an e-mail campaign given the fact that I have obviously given up on Diane Watts after she bullied me at the mega casino meeting.

I think an e-mail campaign is a good start. She flipped when she saw the public outrage about the mega casino in a residential area she gave to her dirty developers. Maybe she'll cave in on crime and get Bill Fordy to start enforcing the law equally in Newton and outside the Front Room. Sadly she just turned around and approved the casino locals opposed for Newton instead of Semiahmoo to oppress the seniors there.

Personally I think we need to elect a new city council who aren't clone drones of the mayor's financial self indulgence and we need to trade Bill Fordy and Don Ray for someone else. Anyone else. Trained monkeys perhaps who don't steam roll over the democratic will of the people and the local businesses. As the blog reader pointed out, "Don't tell your dog to shit in your neighbors backyard so you won't have to pick it up. That is not proper nor political etiquette. Even In Surrey!"

Update: Another homicide in Surrey as we speak.