The Vancouver Sun drops the ball 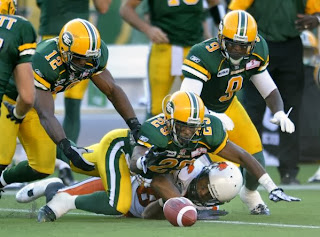 I have a ton of things to catch up on but I just wanted this said. First we have an unprecedented break through when the Vancouver Province nailed the Surrey issue in their front page article on January 2nd. Then low an behold the next day the Vancouver Sun prints an absurd Laura Balance Hail Mary interference play to once again spin that truth and prevent it from being addressed.

I was rather shocked because I thought the same publisher runs both papers. It's as though he wants the Province to appeal to readers who are a little left while he wants the Sun to appeal to readers who are a little right. I doubt that is the case but that is what it appears. The point I want to make is that Dianne Watts is not right wing. She is not pro business. Being pro business means arresting the crack dealers outside the Newton businesses and the Whalley businesses whose complaints have been falling of deaf ears. That's not happening. That's the problem.

Being right wing is supposed to mean being fiscally responsible and opposing excessive consumer taxes and tolls on everything. That is the exact opposite of what Dianne Watts actually does and wants. She is not right wing so don't even pretend she is. By their definition she is a leftist tax and spend kook. That is why I keep saying we have to lose the old left and right stereotypes because they do not hold up to public scrutiny. We need to debate issues and leave the false stereotypes behind because they are being used to promote a very dishonest campaign that says one thing and does the exact opposite.

They are not cracking down on the drug houses in Surrey. McCallum did that while Dianne Watts rode his coattails. She is spending all the city's resources busting grow ops. She is doing nothing to stop crack dealers selling on the street in Whalley or Newton. She is stopping it outside her new Ivory tower but letting it continue unbridled in Whalley outside the Front Room and in Newton.