Shooting at Macs in Surrey: Updated 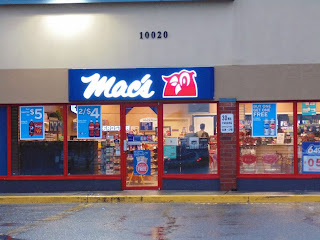 There was a shooting last night at Macs in Surrey on 152nd Street and 100th Avenue around midnight. Not to make light of the situation but this one is kind of funny. Two guys walk into a Macs. They start looking around then all of a sudden one of the guys gets shot in the leg. The guy's friend who shot him takes off and leaves. The police are reporting that an altercation broke out and that the victim was shot in the back. The Vancouver Province is reporting he was shot in the pevlis and groin. OK that's nasty. Maybe it was a "domestic" dispute.

I'm not disputing that version much but that's not what I heard. I spoke with someone who works there and saw the surveillance video. They said they were friends, one guy had a gun in his hoody and the other guy got shot in the leg. They seemed kind of baffled by the motive and thinks it may have been an accidental discharge. Which if true would be rather amusing. Two Surrey guys shoot themselves in the leg by accident. Not very bright.

No doubt with further investigation it will determine whether or not an argument did in fact break out and the shooting was in fact intentional. One would think that if an argument broke out, that would be seen on the surveillance video. Maybe it was just an argument about buying Coke or Pepsi? If it was an intentional shooting, why would he shoot the guy without a mask on knowing he was on surveillance video? Either way it wasn't very bright. Surrey what?! 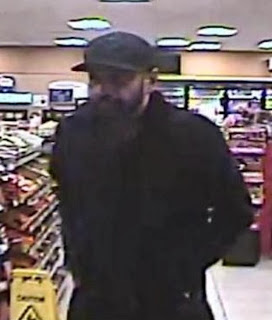 Update: The Vancouver Province is reporting that Surrey RCMP have released the name and photo of a suspect wanted in connection with a convenience store shooting that took place earlier this week. Harpal Dhaliwal is wanted on outstanding warrants for criminal negligence causing bodily harm, carrying a concealed weapon, unauthorized possession of a firearm, careless use of a firearm and possession of a prohibited or restricted firearm with ammunition in connection with the Jan. 7 shooting.

He's described as a 30-year-old South Asian man who stands about six feet, weighs about 160 pounds and has black hair and brown eyes. He may be sporting a beard and has tattoos of a spiderweb on his right elbow and flames on his upper left arm. CTV is reporting he has now been arrested. He looks a lot scruffier and dopier in the surveillance video.

Careless use of a firearm? I don't see attempted murder in the list of charges. If he really did shoot his friend in the groin by accident he might as well keep on running. That is one complete idiot. He must be a clin klun prospect. Since he was in possession of a restricted firearm, we better check what else he was invoked with. Remember that Kelowna copy cat shooting in Surrey? The one where the guy tried to torch the car he used in the drive by but burned himself instead. That sounds like it's right up this brain surgeon's alley.