What's my point? The Hells Angels are a criminal organization directly involved in drug trafficking and prostitution. The freedom of association in the Charter of Rights does not include the right to belong to a criminal organization. That's my point. And then there's the investment fraud and the money laundering tied to dirty politicians and corrupt intelligence agencies who are stealing tax dollars at an unprecedented rate.

And then there's the attack on civil liberty in the form of false flag attacks. The Americans aren't the only ones who have proposed and used false flag attacks on it's own people to gain public support to invade a country or do away with civil liberty. Russia has as well in Chechnya. They were caught red handed. Graham Fuller was involved with terrorism in Chechnya. That makes all the current drama about terrorism at the Olympic Games in Sochi very suspect indeed. This black window nonsense is ridiculous. It doesn't make sense. There is no motive. Just like the Surrey Pressure cooker scam. It doesn't make sense and there is no motive. Other than a rationalization for them losing 3.1 billion tax dollars every year. Not using, losing. That is the amount they can't account for. If losing 3 billion tax dollars every year is not a criminal act, I don't know what it. 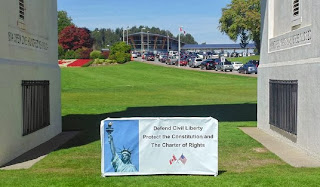