AZ Central is reporitng that "A record number of ballots dropped off at Maricopa County vote centers Tuesday will delay final results in the midterm election." Just like we said. 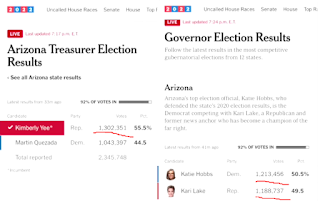