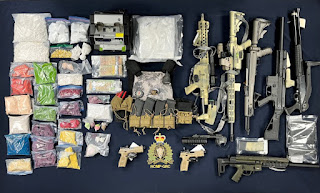 The RCMP are reporting that "The New Brunswick RCMP has arrested five people, and seized significant quantities of weapons and drugs in what may be the largest seizure of fentanyl in the province's history. In September, 2022, the New Brunswick RCMP Provincial Crime Reduction Unit (PCRU) began an investigation into the trafficking of illegal drugs in Haut-Aboujagane and the southeast part of the province."

Notice the anomalies. The New Brunswick RCMP Provincial Crime Reduction Unit (PCRU) began an investigation into the trafficking of illegal drugs. This is what the CFSEU is supposed to do but doesn't do. Clearly the problem isn't the RCMP it's E Division.

"On October 28, police arrested a 32-year-old man outside of a residence on Aboujagane Road, in connection with the investigation. Subsequent to the arrest, police executed three search warrants at different locations, in the Haut-Aboujagane and Grand Barachois areas. During the searches, police seized what is believed to be nearly five kilograms of fentanyl, significant quantities of what is believed to be cocaine, shady 8 pills (known to contain fentanyl), crystal methamphetamine, methamphetamine pills, and hydromorphone pills as well as drug production equipment and drug trafficking paraphernalia." 5 kilos of fentanyl was seized.

Unregistered, illegal firearms were seized and suspects were arrested and charged. When the CFSEU make a fake bust, no one is charged. All of these firearms are tied to the drug trade and owned by people without firearms licenses that have criminal records. Most of whom have lifetime firearm bans already implemented by the courts. Addressing police corruption was an essential element of the New York model. Once that is done, law enforcement becomes possible. 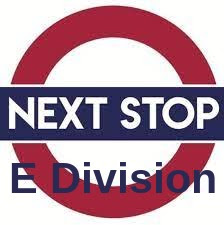