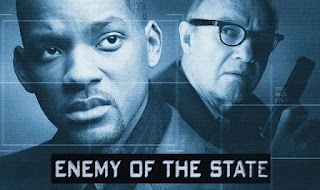 Julian Assange did not reveal sensitive military information that put soldiers at risk. He simply released a video of an extrajudicial murder where innocent civilians were killed. That video is what I want to address because it opens pandora's box.

Recently I saw a movie clip on Netflix of a US president approving a controversial assassination of a suspected terrorist. Not only was he a suspected terrorist, they weren't even sure if that was him. It's a familiar scene we see played out repeatedly. Drone strikes and extra judicial murders have become a method of operation of the CIA and the Pentagon. That is the root of the problem. That slippery slope has led us to where we are today.

According to the fake news, al-Qaeda leader Ayman al-Zawahiri was killed five times. The mainstream media reported that a US drone strike killed al-Qaeda leader Ayman al-Zawahiri on five seperate ocasions. Assuming that one of those five was him, who were the other four people they killed? We don't know and we never will know. That is the problem with extra judicial murders. It brings us to an examination of the American Revolution compared to a Communist Revolution. I'll be the first to admit that the Americans are very fortunate that George Washington was not chairman Mao or Xi Jinping. For a politician or military General to hand over power to the people once he has seized it was unprecedented and thus the US Constitution was born.

Let's look at the intent of the US Constitution and the Bill of Rights. A free Republic protects civil liberty by law. A Communist dictatorship does not. Some of the key principles of the US Constitution include free speech, lawful assembly and the freedom of the press. However, it also includes the right to a fair trial, the right to legal representation, protection from unlawful arrest and the freedom from unnecessary searches and seizures. Extrajudicial murders violate every founding principle in the US Constitution and the Bill of Rights. There was a reason the founding fathers put that in the Constitution. To prevent the Republic from becoming a tyranny.

The CIA are not oath keepers. They do not support or protect the principles of the US Constitutions. In fact they are the enemies of the State. They are enemies of the free Republic. Not only that but they are also compulsive liars. Their mandate is murder to get gain. They don't oppose Communism like they claim, that's just a front for them to rationalize their means. The end does not justify the means and the CIA's means is Communism. Their means leads to that end. If you walk down the road that leads to Communism that is exactly where you will end up.

It's like torture. Torture is not acceptable at any time. Guantanamo Bay is an abomination as are all of the CIA's black prison sites. They violate the US Constitution and the principles the founding fathers fought for. The CIA claimed to have opposed Communism in Cuba but look at what happened at the Bay of Pigs. They sabotaged their own invasion. I don't think they opposed Communism in Cuba at all. I think they helped it happen. They murdered Che Guevara after the revolution was successful so Fidel Castro wouldn't have a political rival. The end does not justify the means and the end the CIA claims they are fighting for is not what they are really fighting for.