A word on the Alphabet Soup 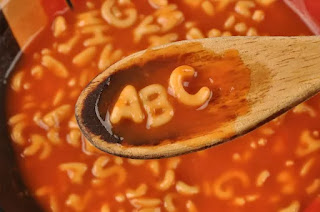 Recently when the LDS Church made their announcement about the Gay Marriage Amendment that preserves the freedom of religion they used the term LGBTQ instead of LGBT. I personally object to the use of that term but understand their inclusive intent.

The term LGBT means Lesbian, Gay, Bisexual and Transgender. It's simple and straightforward. It's easy to say and understand. As far as I'm concerned that term represents the plus and everything else that goes with it. For example, the Q means Queer. Queer means Gay. In my opinion it's a derogatory term implying that being Gay is weird or abnormal. The term LGBT includes those who consider themselves to be Queer.

Now lets talk about Queer, Questioning and Two Spirited. We've mentioned Queer. We don't need a separate category for Questioning. People have a right to question anything and everything. That right is not a separate class of human beings. A coworker recently explained to me what Two Spirited means. It doesn't mean male and female. It doesn't mean schizophrenia or two spirits living in the same body. It means you are Native and you're Gay. That's what it means.

We don't need a separate category for every different race that is Gay. That's kind of racist. Queer and Two Spirited are simply two different names for the same thing that's already included in the term LGBT. We don't need to make things more complicated then they already are unnecessarily.

As Rob Smith declared, Non Binary is not a thing. I don't know if I'm male or female. That's questioning. I'm not male or female. That's denial. As far as pronouns go, he can become a she and she can become a he but a single person cannot become a they, that or it. Schizophrenia is a mental disorder. It's not something we aspire to. Human beings cannot identify as a cat or dog.

We've talked about MAPs before - Minor Attracted Persons. That's ultimately where the Alphabet soup leads and I completely reject it. Normalizing Pedophilia is not OK. It is not something we should do. That is why I refuse to cross that line. Morality is always under attack.