Jagmeet Singh's support for the all inclusive gun grab 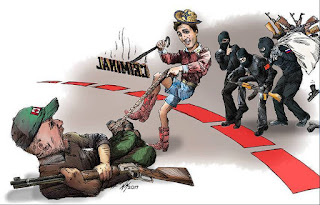 I have a few more things to say about the all inclusive gun grab. They've been breaking the rules the whole way. Brad Cathers, the Yukon Party MLA stated that "The right to own firearms is very important to a great many Canadians.”

He went on to say "The past practice in Canada had been that firearms that became illegal due to a change in the law could still be kept by the owners but not resold. The change and the step across the line into what has been called a ‘buyback’ program is, in fact, confiscation and is a major change that is deeply disturbing to many Canadians who value property rights. It’s a gentle-sounding term for what it really is: the forced confiscation of private property. For many Canadians and many Yukoners, the principle of that is not acceptable.” Indeed.

However, this latest all inclusive amendment banning everything under the sun doesn't talk about buy back. It talks about seizing private property. That is not acceptable. In addition to that, the Liberal government is telling court registries not to allow any Section 72 appeals. They're not allowed to do that. The law states in Section 72 and 74 of the Firearms Act that if the government prohibits a legally obtained firearm, people have the right to file a Section 72 appeal in court. The law states we have that right. Justin Trudeau is breaking the law. Again.

We all know that Justin Trudeau is a fake feminist. He's a fake environmentalist and a fake advocate for Aboriginals. He certainly doesn't support Muslims because he refused to acknowledge the Uyghur genocide in Communist China. Now let's turn to the hypocrisy of his new wife, the World Economic Forum in waiting, Jagmeet Singh.

Jagmeet wears a turban but he's not a Sikh. All of his policies mock the Sikh faith. Jagmeet supports the legalization of all drugs. The Sikh temple doesn't support that. Jagmeet supports late term gender based abortions. The Sikh temple doesn't support that. Now Jagmeet is supporting an all inclusive gun ban. Let's take a look at how that position mocks the persecution of Sikhs in India and the historic attack on the Golden Temple.

In 1984 Operation Blue Star was a Sikh Genocide by order of Prime Minister Indira Gandhi. The Sikhs in India were being persecuted by their government. They had a stockpile of firearms in the Temple to protect them from the government. The government attacked the Temple with tanks and mortars, seized the firearms and desecrated the Temple killing 17,000–30,000 Sikhs.

Do you really wonder why we don't trust the government? Corrupt governments have murdered far more people with guns than criminals. Jagmeet is betraying that heritage by endorsing this all inclusve gun grab. If Jagmeet really supported the Farmers in India why doesn't he support the Farmers in Canada or Holland? Does his membership in the World Economic Forum forbid it? Speaking of Holocaust deniers, if the Jews had guns the Holocaust would not have happened. It did happen because of gun control. Peace at any price is no peace at all. Lest we forget. 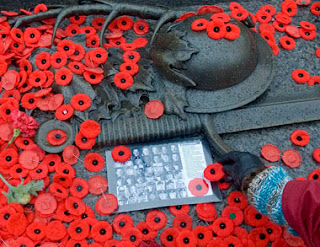