What's her face on Balenciaga's Pedophilia

TMZ is reporitng that "Balenciaga is getting MAJOR backlash for its bondage-inspired kid's clothing campaign ... and celebrities like Kim Kardashian and Bella Hadid are even feeling the heat because of their connection to the company. The luxury fashion brand rolled out the shocking ads for its spring 2023 collection. The photos depicted children gripping teddy bears clad in S&M gear, and quickly started going viral. Almost immediately, people responded with outrage on social media, demanding a boycott of the company. 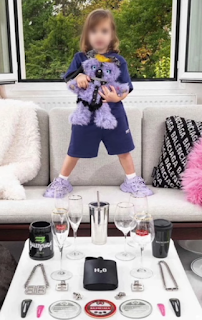 There's a little bit more to it than that. The YouTuber who goes by the name what's her face listed a few anomalies. Young children are in pictures with teddy bears dressed in bondage gear. That all on its own is totally inappropriate but there a lot more. It's reminiscent of the pedo flick Netflix ran that sexualized young girls called Cuties.

The concern is the intentional addition of some pretty bizarre subliminal twists. Anomaly number one. This was confirmed by the Toronto Star. Within the inappropriate add was carefully placed a copy of a Supreme Court Decision about child pornography. They intentionally put that in. That is mentally deranged. They are openly mocking the decision and promoting child pornography. 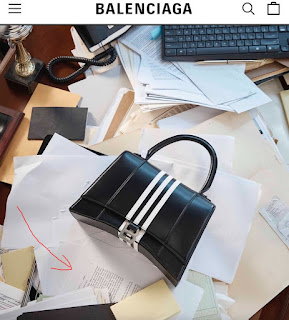 Anomaly number two. Another shot contained a book by Michael Borremans. It was intentionally added to the photo. Borremans' artwork is mentally deranged. It contains paintings of naked toddlers with dismembered body parts. They intentionally put that in. It was planned. 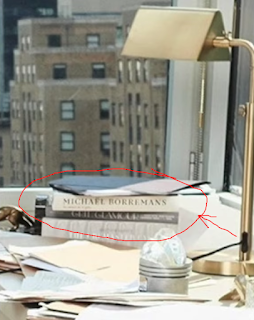 The third anomaly takes the cake. The name of the company is Balenciaga - BAL. In another photo they had a roll of yellow crime scene tape with the company's name written on it. Only they intentionally misspelled the name and wrote BAAL. BAAL is a satanic idol. They intentionally did that. That is mentally deranged. They just won't let this go. They keep trying to normalize pedophilia. They pull it back when the public outcry complains but they keep trying to bring it back in. They are intentionally trying to erode our moral conscience. Stand True.

One of the pics from the Balenciaga child photos has Balenciaga spelled on tape spelled BAALenciaga pic.twitter.com/74n3Dwwf7H

Blare White: The Balenciaga Rabbit Hole: It's Way Worse Than You Think 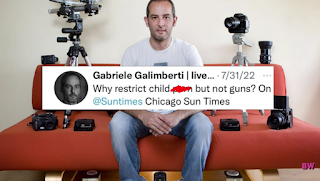