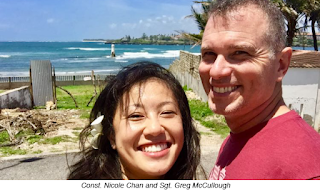 The National Post is reporting that "A lawsuit filed on behalf of Const. Nicole Chan’s family says she died in January 2019 during a severe mental health crisis after having two intimate affairs with superior officers. The lawsuit says she was extorted by one of those officers to continue their sexual relationship, and B.C.’s workers’ safety agency accepted her mental health claim for multiple sexual assaults.” Why is this not surprising?

"The statement of claim says B.C.’s police complaints commissioner asked the New Westminster Police Department to investigate the claims and it recommended charges against the officer who was alleged to have extorted Chan. The lawsuit says the Crown prosecution service later said it wouldn’t pursue a charge." So now we have a corners inquest to cover it up. That is abominable. It is theoretically possible she committed suicide because she was being extorted. It's also possible she was murdered for going public and filing the complaint. 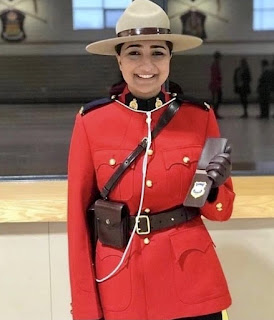 This is reminiscent of the murder of Jasmine Thiara. Constable Jasmine Thiara, a member of the Richmond RCMP, committed suicide under the Oak Street Bridge with her own gun. She also had an intimate relationship with one of her senior officers. The only difference is that she was pregnant and was exited to have the baby. Her suicide fails the test of believability.

This brings us to the sudden death of Donnie McWhirter's girlfriend last month Brittany Stinn. That is suspicious. Blaze has a history of domestic violence and a very long history of lying. The fact that he was accepted into the Witness Protection Program was a shameful disgrace. He's out now and he didn't serve his sentence. Now his GF is dead thanks to IHIT and the CFSEU. 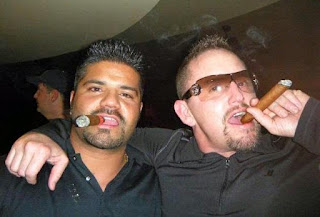