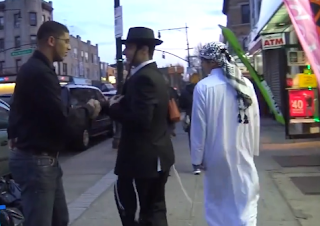 We talked about the Hamilton social experiment where a guy was being racist towards a Muslim and the people stuck up for the Muslim. Now we have another one where a Muslim and an Orthodox Jew are walking together through a Jewish neighbourhood, then through an Arab / Muslim neighbourhood. The people were a bit shocked but all were very supportive.

That's what I'm talking about. A free republic is where Jews, Muslims, Christians, Buddhists and Atheists can all maintain their own religious traditions and live together in peace. Adapting a single state religion is not a free republic. The freedom of religion applies to everyone.

Then at the end of the video they walk through a mixed neighbourhood and a piece of white trash calls the Muslim a terrorist. I rather keep the Muslim and the Jew but get rid of the white trash. 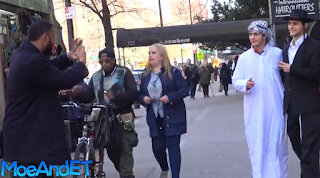 The world needs compassion and action not hate and intolerance.