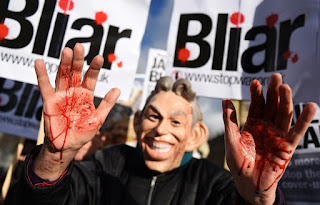 They say the first casualty of war is the truth. Consequently the propaganda war rages on and the Tony Blair Faith Foundation is at the heart of it. It's almost impossible to find an official website for ISIS. That makes it pretty easy for people to falsely claim ISIS said this or that. The Ayatollah Khamenei claims that the US created ISIS to seek discord among Muslims. He also posted a video which lists 6 reasons to prove ISIS serves Israel. I have nothing against Israel.

This video shows Israeli commandos assisting the wounded in Syria and claims it is strictly a humanitarian mission. Possible but some analysts suggest the Jewish state has in fact struck a deadly 'deal with the devil' – offering support to the Sunni militants who fight the Syrian ruler Assad in the hope of containing its arch enemies Hezbollah and Iran.

Israel supporting the rebels who are trying to overthrow Assad is believable. That's exactly what the Americans are doing. Russia on the other hand are supporting Assad. That is what they are all doing in Syria. The Russians and the Americans claiming they are just there to confront ISIS is nonsense. They both have vested interest in the civl war that began before ISIS showed up on the scene. When ISIS showed up both sides claimed it's not us it's a third party.

Israel has now finally admitted to providing aid to Syrian rebels to overthrow Assad. Just like the Americans. However, they now admit to supporting al-Nusra who are in fact Al Qaeda and are closely affiliated with ISIS. So once again the Americans and the Israelis are supporting ISIS.

In steps Tony Blair to run interference. The Tony Blair Faith Foundation is an interfaith charitable foundation established in May 2008 by former British Prime Minister Tony Blair. Ya gotta shake your head over this one. Remember Tony Blair? A recent inquiry paved the way so he could be sued for damages in the unlawful invasion of Iraq. George Bush gave him the CONgressional award for his lie that MI 6 perpetuated through Operation Mass Appeal. 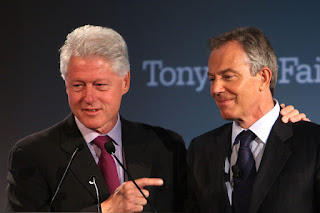 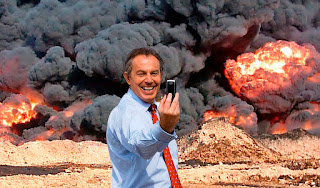