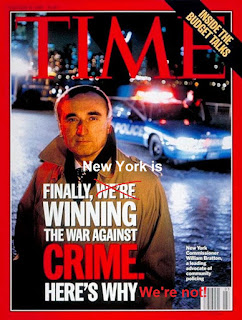 Kelowna Capital News is reporting that "The trial for the three men accused of the 2011 gangland style slaying of Jonathan Bacon has again been delayed. Jujhar Khun-Khun, Jason Thomas McBride and Michael Hunter Jones will now go to trial May 1 2017 for one charge of first-degree murder apiece, as well as multiple attempted murder charges and firearms offences. That date marks nearly six years since the shooting that threw Kelowna into chaos."

So Kling Klung is still taking the fall for the Kelowna shooting and the Jonathan Bacon murder. Might as well. Someone's gotta do it. Kelowna Capital News is also reporting that Mounties seized a load of cash and illegal drugs as the result of an investigation into two men with gang ties. It's obviously a Hells Angels rival because of the miniscule amount of drugs seized: 5.25 ounces of Heroin; 8.75 ounces of Cocaine; 2.5 ounces of Methamphetamine; and $21,000 cash.

I wonder if the BC Gang Task force is every going to target Hells Angels and the big drug rings again. Nobody seems to care about the massive amount of drugs being sold outside the Front Room on the Surrey Strip or the fact that the drug dealers just there sold a bad batch of crack laced with fentanyl. Instad of arresting the drug dealers in Surrey Bill Fordy is letting them set up illegal injection sites to help the drug dealers do more business. Still no word about the fentanyl fatality at Shakerz in the news.

Tragically there was a fatality at Fraser Pretrial. The Surrey Now is reporting that A 25-year-old man is dead after a fight between two cell mates at Surrey Pretrial on Wednesday (Aug. 3). A lot of work still needs to be done to address the violence in the prison system.

A drug lab was busted in Agassiz and an organized crime crackdown in New York. Too bad Surrey is too afraid to embrace the New York model. They're winning the war on crime. We're not.

Posted by Dennis Watson at 8:55 AM