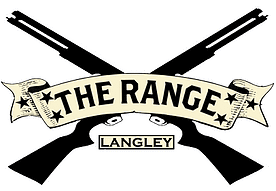 Well this is refreshing. I went out for coffee with an old friend who works for an armoured car company last week. He told me about a new gun range that has recently opened up in Langley called The Range so I checked it out. It's on the other side of town from the Langley Rod and Gun club by the Golden Ears bridge. It's an indoor gun range like DVC but unlike DVC you can fire big bore and hunting rifles there. They are billing it as Vegas comes to Canada and claims it is the biggest gun range north of the 49th parallel. Three cheers.

It's very cop friendly so I'm not sure how comfortable all the gang bangers will be there. They have cop parking and a RCMP sticker on the front door. There's a members only tactical range and a public range as well. They haven't had their grand opening so the public range isn't open yet just the tactical range which has been up and running for a month.

Like at DVC you don't need a gun license to try it out and they have a ton of firearms on site you can rent. They even have a .50 cal single shot sniper rifle you can fire indoors. That is impressive. I saw one of those for sale at the gun store in Surrey and said where the hell could I shoot that? It will take someone's head off from a mile away. Well, here is somewhere you can fire it. I'm not a .50 cal guy myself but the fact that you can fire big bore rifles indoors is awesome. 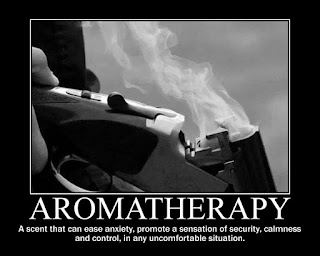 Posted by Dennis Watson at 2:36 AM