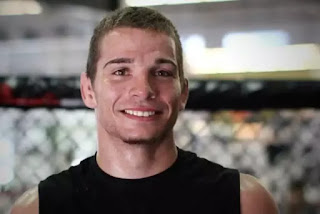 Today's Vancouver Province mentioned that there is a UFC in Vancouver Saturday night at Rogers Arena. I had no idea. Sportsnet is reporting that it's the fourth time the UFC has been in BC. I've fallen behind in the latest UFC news. Last I remember was all the drama about hosting a MMA event here. Glad to see we can put that all behind us now.

Sounds like Saturday's venue is something worth supporting. The Vancouver Province is reporting that Surrey’s Jeremy Kennedy is making his UFC debut. Who - ah! Surrey What?! He's even gonna be unarmed. What will they think of next? Let's get ready to rumble....!